Changes in climate and land use could lead to catastrophic levels of soil erosion • Earth.com 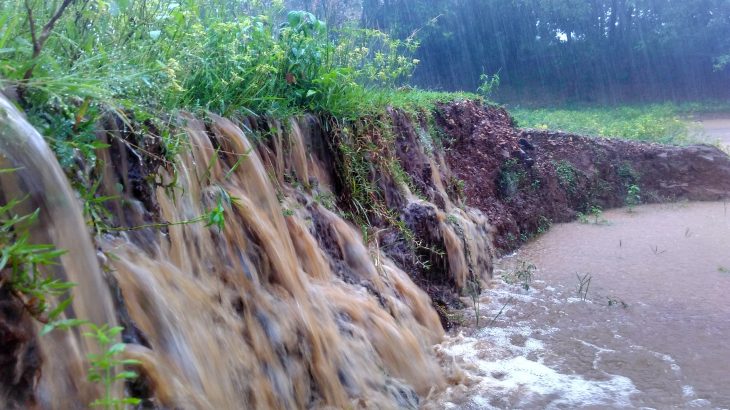 Soil erosion will accelerate in the next few decades as a result of water runoff caused by climate change and extensive agricultural land use. A new study from the University of Basel describes how soil loss will intensify through the year 2070.

“Soil erosion is a major global soil degradation threat to land, freshwater, and oceans. Wind and water are the major drivers, with water erosion over land being the focus of this work; excluding gullying and river bank erosion,” wrote the study authors.

“Improving knowledge of the probable future rates of soil erosion, accelerated by human activity, is important both for policy makers engaged in land use decision-making and for Earth-system modelers seeking to reduce uncertainty on global predictions.”

The impacts of soil erosion are potentially catastrophic, including the loss of fertile soil and food production. Ultimately, soil loss could compound the growing global crisis of food insecurity.

Beyond projecting the impacts of wind and water, the researchers had to account for the uncertainties of climate change and higher levels of precipitation that will hit some parts of the world harder than others.

The team use computer models to simulate soil erosion in roughly 200 different countries based on three scenarios used by the Intergovernmental Panel on Climate Change (IPCC). All of the simulations predicted persistent water erosion.

Depending on the scenario, soil erosion will increase by up to 66 percent by 2070 compared to 2015.

The study predicts that if agricultural practices do not change and global warming is not mitigated, more than 28 billion additional metric tons of soil will be lost every year.

According to the investigation, the regions most vulnerable to extreme soil erosion are low- to middle-income tropical and subtropical countries. The researchers said it will be critical for countries in the Global South to promote more widespread use of sustainable agricultural practices.

“Soil erosion can be mitigated by sustainable land cultivation and the right policies,” said study co-author Dr. Pasquale Borrelli. “We hope that our predictions will help to identify the magnitude of the threat from erosion and allow policy-makers to develop effective measures to soften the impact.”