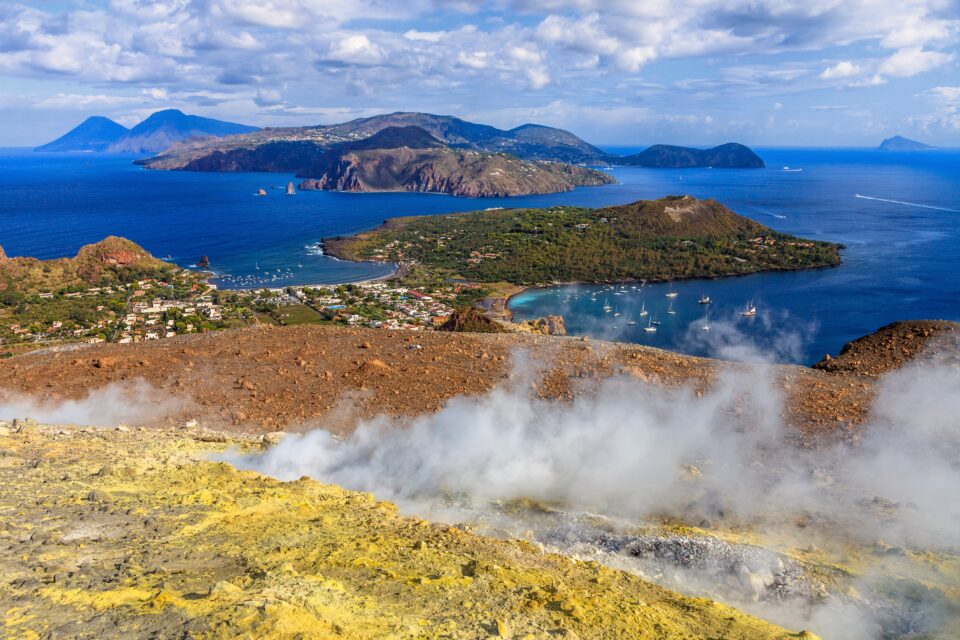 Changes in sea level can trigger eruptions on volcanic islands

Fluctuations in the sea level can cause eruptions on volcanic islands, according to a new study from Oxford Brookes University. The researchers found that a major drop in the sea level increases the likelihood of volcanic activity on the Greek island of Santorini.

The team analyzed the timing of different eruptions over hundreds of thousands of years. They discovered that a 40-meter drop in sea level is a crucial point beyond which eruptions are more likely to occur. The experts say their findings have major implications for millions of people who live on volcanic islands worldwide.

The study, which was focused on the popular tourist destination of Santorini, was led by Dr. Christopher Satow. He says there are clues about past volcanic activity on Santorini in the layers of rock on the cliff face encircling the inner part of the island.

“A huge eruption 3,600 years ago caused the center of what was then a conical island to sink into the sea, revealing an extraordinarily detailed history of over 200 volcanic eruptions preserved within the remaining circle of cliffs,” explained Dr. Satow.

“Comparing this eruption history to a sea level record allowed us to show for the first time that the sea level has had an important role in determining the timing of eruptions at Santorini, and probably at many other island volcanoes around the world.”

“The mechanism is quite simple: falling sea levels remove mass from the Earth’s crust and the crust fractures as a result. These fractures allow magma to rise and feed eruptions at the surface.”

According to the researchers, eruptions at hundreds of other volcanic islands around the world may also have been influenced by fluctuations in sea level.

“Just as when you pull a plug out of the bath, the water level drops everywhere throughout the bath at the same time; in a similar way, sea level changes occur at the same time everywhere across the globe,” explained Dr. Satow, who noted that the climate also has an influence on volcanic activity.

“What is less well known is that on long timescales, the climate can also affect volcanoes. As ice sheets retreated across volcanic landscapes after the last ice age, the removal of mass changed the stress conditions in the Earth’s crust, allowing the fractures which feed volcanic eruptions to form more easily.”

“As these ice sheets melted the global sea level rose rapidly, by around 100 meters, adding a significant mass to the crust around many volcanic islands which, in theory, should alter their eruptive activity.”

Dr Satow pointed out that 57 percent of the world’s volcanoes are islands or are coastal, and are often home to large populations. “Further vital research is needed to fully understand the effects of changing sea level on these volcanoes and the risks they pose to their populations.”