Changes in land use and human diet can reduce harmful emissions • Earth.com 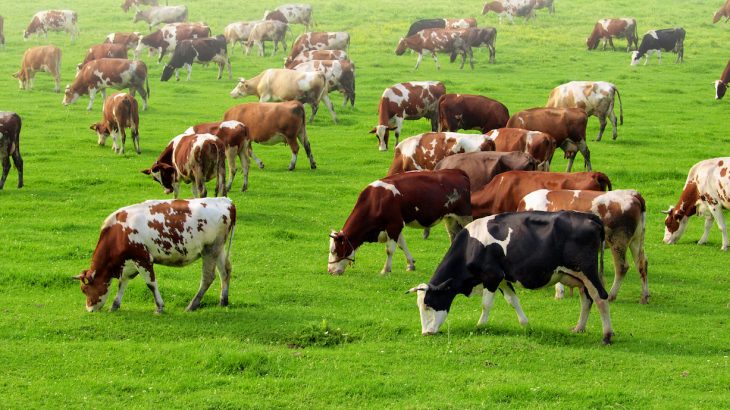 Changes in land use and human diet can reduce harmful emissions

Researchers at Princeton University have found that the potential for mitigating climate change through land management and the modification of individual diets has been greatly underestimated. The experts are reporting that the inefficient use of land for agriculture is a major contributor to harmful greenhouse gas emissions.

The team has developed a “carbon benefits index” that can be used to evaluate which land use changes are helpful for combating climate change, such as transitions from corn to soybeans or from cropland to grazing land.

“We have to take the implications of policies for land use even more seriously than people have been doing,” said study first author Tim Searchinger, who is a research scholar in Princeton’s Woodrow Wilson School of Public and International Affairs.

“The fundamental problem is that policymakers and researchers have not truly confronted the fact that global land area is limited. Using any hectare (2.47 acres) for one purpose comes at the cost of not using it for another, and these opportunity costs have not been truly accounted for. The need is to make more efficient uses of land for all purposes.”

The need for food and carbon storage are both projected to increase over the next five decades. With this in mind, the researchers set out to investigate which changes in land or food consumption may help to meet both of these needs.

The team found that diets in wealthy nations have far higher greenhouse gas consequences than what has been calculated. They also determined that shifting away from meat-based diets that include beef, lamb, and dairy would reduce harmful emissions by up to 70 percent.

At the same time, the climate could benefit from changes in how food is produced. The study revealed that more careful management of grazing on one hectare of land in Brazil would increase the global carbon storage capacity by as much as planting one hectare of forest in Europe or the United States.