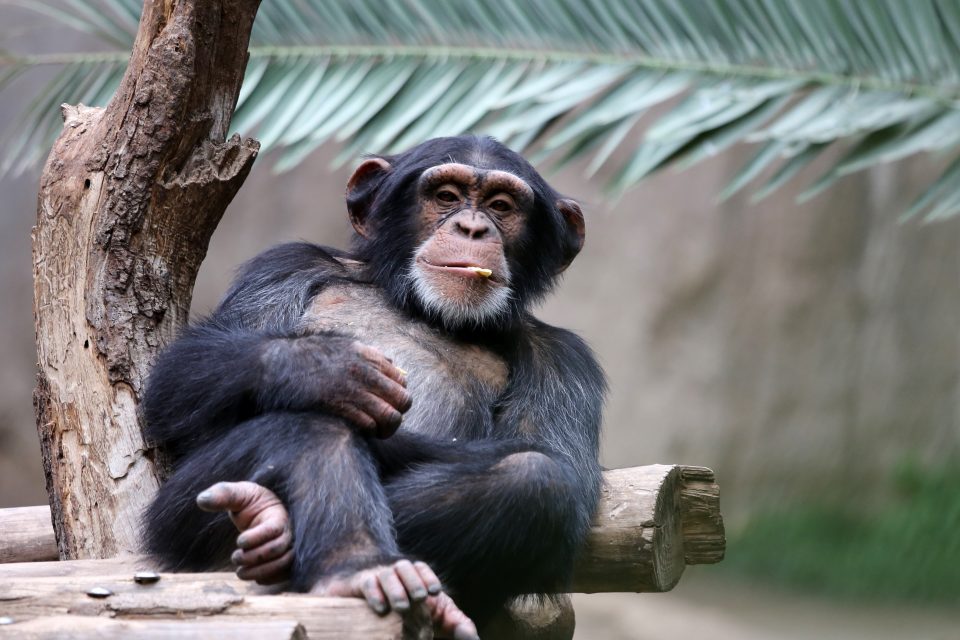 Chimpanzees become more flexible in their behavior in order to adapt to unpredictable conditions. A team of experts at the Max Planck Institute for Evolutionary Anthropology set out to investigate how different environments may affect the behavior and cultural diversity of chimpanzees that belong to the same species.

Behavioral flexibility allows nonhuman primates, as well as other large-brained species, to use cognition and innovation to adapt to uncertainty and changing ecological conditions. This helps to explain why humans have evolved to become so remarkably adaptable.

“Higher rates of behavioural innovation and large brain size correlate with markers of technical, cultural and social intelligence,” wrote the study authors. “Species with larger brains are also found in habitats that are more seasonal and are thus able to survive during times of resource scarcity.”

“Collectively, this research suggests that larger-brained species have greater innovative capacities and are better able to adapt and survive in novel, or more variable environments.”

Chimpanzees exhibit a number of diverse behaviors that are found in some wild populations yet absent in others. These behaviors include tool use for communication; foraging on insects, algae, nuts, or honey; and thermoregulatory practices like bathing in pools or using caves in extremely hot environments.

Sme chimpanzee behaviors are learned socially, which means that they are considered cultural traditions among certain groups.

The researchers examined habitats that were seasonal, as well as habitats where forest cover has repeatedly changed over the last thousands of years. The study revealed that environmental variability was positively associated with greater  chimpanzee behavioral and cultural diversity.

“Since the behaviors we examined are largely considered cultural, we could further infer that environmental variability also supports cultural diversification in chimpanzees.”

The study will continue to provide fascinating insights into the emergence of chimpanzee population diversity.

“While we have learned a lot about the relationship between environmental variability and chimpanzee behavioral diversity in this study, there may be other demographic and social factors that have also played an important role in the process of behavioral diversification,” said Kühl.

“With continued efforts to study and compare chimpanzee populations at large numbers, I am convinced that many more exciting discoveries will be made in the future that will provide further insights into the mechanisms of behavioral diversification in chimpanzees, but that will help us to also better understand our own evolutionary history.”