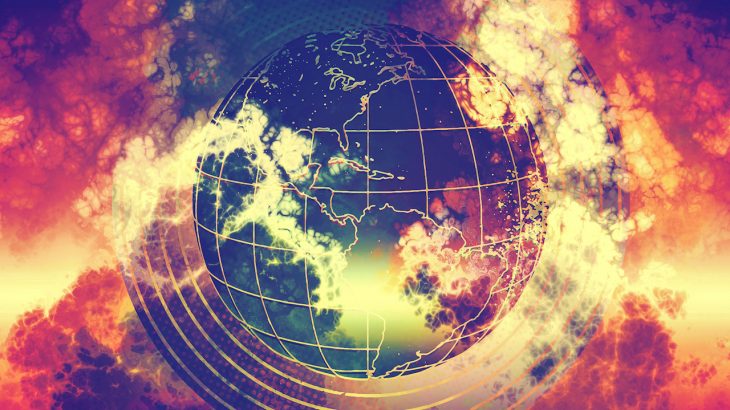 A team of experts led by Dr. Matt Rigby at the University of Bristol is reporting that China has generated 7,000 tons of banned chemicals since 2013. According to the study, emissions from northeastern China have contributed between 40 and 60 percent of a recent spike in CFC levels.

Chlorofluorocarbons (CFCs) are a group of manufactured chemicals that were once widely used in aerosols, refrigerators, air conditioners, and foam food packaging. After they were found to be severely damaging the earth’s ozone layer, the chemicals were banned in 1996.

“CFCs are the main culprit in depletion of the stratospheric ozone layer, which protects us from the Sun’s ultraviolet radiation,” explained Dr. Rigby. The reduction of trichlorofluoromethane, known as CFC-11, has been the second-largest contributor to the ongoing recovery of the ozone layer.

Last year, NOAA scientists documented an unexpected global rise in CFCs. Measurements of atmospheric concentrations of CFC-11 showed that its emissions had declined at an accelerated rate up until 2002, followed by a decade of little change. However, the rate of decline slowed by 50 percent after 2012.

In the current study, an international team of scientists discovered that the mysterious CFC-11 emissions have been primarily emerging from the northeastern Chinese provinces of Shandong and Hebei. Across this region, CFC-11 levels were found to be significantly higher from 2014-2017 compared to 2008-2012.

“Through global monitoring networks such as the Advanced Global Atmospheric Gases Experiment (AGAGE) and the National Oceanic and Atmospheric Administration Global Monitoring Division (NOAA GMD), scientists have been making measurements of chlorofluorocarbons (CFCs) in the atmosphere for over 40 years,” explained Dr. Rigby.

The measurements analyzed in the study did not come directly from mainland China, but were obtained from the global monitoring data and observations in Gosan, South Korea, and Hateruma, Japan. The researchers also used atmospheric chemical transport model simulations.

“CFC-11 was used primarily in foam blowing, so we looked at estimates of the amount of CFC-11 that could be locked up in insulating foams in buildings or refrigerators that were made before 2010, but the quantities were far too small to explain the recent rise,” explained Dr. Rigby. “The most likely explanation is that new production has taken place, at least prior to the end of 2017, which is the period covered in our work.”

“It is now vital that we find out which industries are responsible for the new emissions. If the emissions are due to the manufacture and use of products such as foams, it is possible that we have only seen part of the total amount of CFC-11 that was produced. The remainder could be locked up in buildings and chillers and will ultimately be released to the atmosphere over the coming decades.”

According to study co-author Luke Western, there was no evidence of increased CFC emissions from Japan, the Korean peninsula, or any other country besides China.