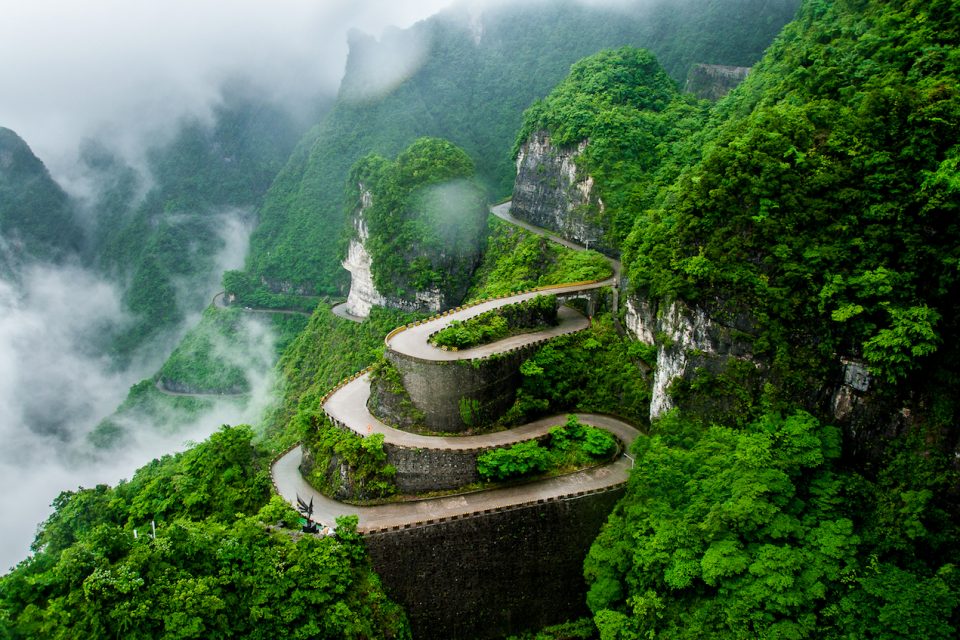 It could be argued that overall, Chinese law is rather ambivalent to environmental destruction, making compromises between conservation when convenient and destruction when profitable, not unlike US law.  So it makes sense that along with China’s less than stellar record when it comes to the trade in endangered species, the large nation would also have a national park system.

Biographic has reported on the opening of new parks in China.  With more of China’s tigers in captivity than in the wild and less than 2,000 pandas left in the wild, the stakes of conservation efforts in China are extremely high.

Forest cover has been slowly increasing in China since commercial logging was banned in state owned forests two years ago.  Air pollution in China’s cities has been decreasing, largely due to efforts by the federal government. However, cattle grazing even in protected areas threaten pandas.  Giant salamander numbers are in fast decline in China, where the amphibian is endangered, perhaps partially by misguided government policies meant to protect them.

Much of Asia and Africa has been depleted of specific wildlife species to meet a largely Chinese demand for animal parts for superstitious ‘remedies’.  China is also pushing to become a world leader in clean technology and climate change mitigation, especially since the US has pulled out of the Paris Climate Agreement.  China is also home to an authoritarian government which at its whim can mean good or bad things for the environment. When changes come in Chinese political decisions, they can be acted upon immediately.  This is all to say that when China announces the start of a national park system, it’s potentially big news.

Chinadialogue reports that the Chinese government has issued plans for a trial of 10 national parks which will be officially kicked off in 2020.  So far, China has roughly 10,000 protected areas, but they’re all managed by different government agencies.  The new move by the Chinese government will not only draw new boundaries and create new parks but take a step towards centralizing management of parks under a specific national park system.  The plans lack many concrete details, but it’s clear that they call for many big changes and seems to be modelled on the US system of national parks. The plans call the national parks part of China’s ‘ecological civilization’.  Several of the new national parks announced are well situated to protect a few of China’s most iconic wildlife species.

Mongabay reports that one of the new national parks, Sanjiangyuan National Park, is situated on the Tibetan Plateau, in Qinghai province.  The area was once part of an independent Tibet, now controlled by China, and it’s also home to the snow leopard (Panthera uncia).  The snow leopard is an extremely rare and endangered cat that still manages to often come into conflict with humans by preying on livestock.  The new national park is planned to protect the water and wildlife of the region, including the iconic snow leopard.

The amount of water originating within what will be the boundaries of the park is impressive, as 15% of the Mekong’s water discharge, 25% of the Yangtze’s, and 49% of the Yellow River’s start there.

But Chinadialogue raises doubts about the national park plans.  The Chinese news source points out that the newly formed national park service exists only on paper and that the officials running still maintain their old posts in the government.  Other protected areas in China have failed to live up to their promise, capitalizing on tourism rather than protecting ecology. Tibetan Buddhist traditions in the area have long promoted harmony between humans and the natural world but those traditions are eroding as the Chinese government promotes tourism development.  Cultural taboos that have protected wildlife and water sources are less often recognized. Nomadic herders are also leaving their rural homelands and moving into urban areas where it’s easier to make a living.

A Tibetan monk was quoted in the Chinadialogue article:

“I do not know what our national park will be like in the future. One thing is certain as far as I am concerned: if there is no monastery and monks any more in the region, and once the herders are also moved out, the valley will be dead, despite the increasing number of brown bears and snow leopards…”

Another park in Sichuan province is set to be twice the size of Yosemite and provide vital habitat for panda bears, according to The Guardian.  Biographic reports the area where this park is planned to occupy has long been recovering, due to local and NGO efforts.  Poaching, logging and overfishing have been in decline, partly due to the local economy turning to honey instead of these more destructive means.  Locals supported by an NGO also patrol the forest for poachers.

Despite these improvements, the Panda National Park is set to evict 170,000 people from the area.  This follows the pattern of US parks that evicted natives from within their boundaries, probably the darkest part of the National Park legacy.  Undoubtedly however the specific plans end up, tourism will cash in on the last of the pandas left in the wild.

Huffington Post reports that another park China plans to create will protect Siberian Tigers and the Amur Leopard.  This park is set to be one of the largest sanctuaries for large cats in the world. Considering China’s overall ambivalence over tigers during international summits, this is more than ironic.  The main question is can we trust the Chinese government to do the right thing or is the new national park system just a piece of propaganda to prop up a totalitarian government and for tourism profit at the cost of rural farmers?