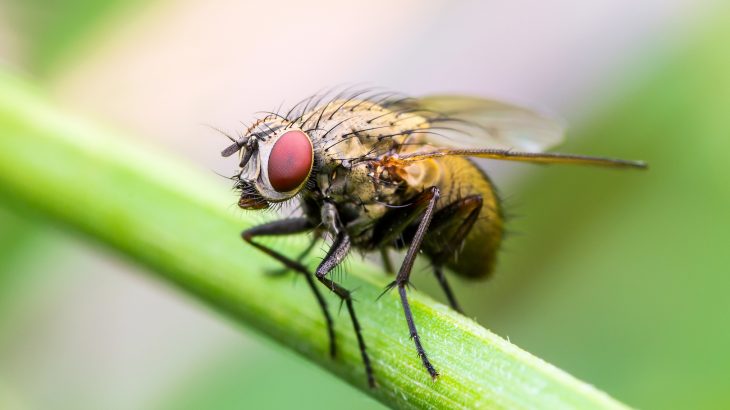 Chronic sleep deprivation is not fatal for flies, study finds

From the blue whale to the honey bee, all animals have at least one thing in common: we all sleep.

While the exact definition of sleep differs depending on the species, and periods of inactivity for some animals can be as short as a few minutes, sleep is a core part of the everyday experience.

Studies have shown that we need sleep and sleep deprivation has been linked to problems with work performance, memory, cognition, and focus.

Too little or too much sleep has been found to increase the risk of heart disease, and most people would probably admit that they don’t get as much sleep as they would like.

But is sleep crucial to survival in the that way food and water are?

This was the question asked by a team of researchers from Imperial College London who conducted a lifelong sleep deprivation experiment using fruit flies.

The results, published in the journal Science Advances, suggest that while sleep plays a vital role in wellbeing and cognition in humans, for male fruit flies at least, it is not essential to survival.

“One of the reasons sleep is considered essential for life is that all animals sleep, so we were surprised to find some flies that needed so little,” said Giorgio Gilestro, a co-author of the study. “We wanted to find out if this was just a peculiarity for a lucky few flies, or whether it was something any fly could do.”

At the start of the study, the researchers observed fruit flies sleeping for as little as five to fifteen minutes per day.

To examine the impacts of sleep deprivation on the flies’ lifespan, the researchers put a fly in a tube that would rotate if it detected a period of no movement lasting for 20 seconds. This rotation would wake the fly up and keep them active.

Hundreds of flies were kept in individual tubes at a time with one fly per tube, and the researchers noticed that out of a 40-50-day lifespan, sleep deprivation did not cause males to die earlier than usual and females only died around three days earlier.

When allowed to sleep again, the flies only slept a little longer than usual rather than making up for all the lost sleep in one long nap, which indicated to the researchers that the flies did not build up a sleep debt.

The researchers concluded that for some species, sleep might not be as crucial to survival as previously thought.

Gilestro emphasizes that while the study shows sleep is not necessarily essential to survival, sleep deprivation is not without its consequences.

“It’s not that there are no consequences to not sleeping – in fact we will be investigating the effects on mental performance in flies in future experiments – but our study has made us question whether sleep deprivation alone causes death,” said Gilestro.