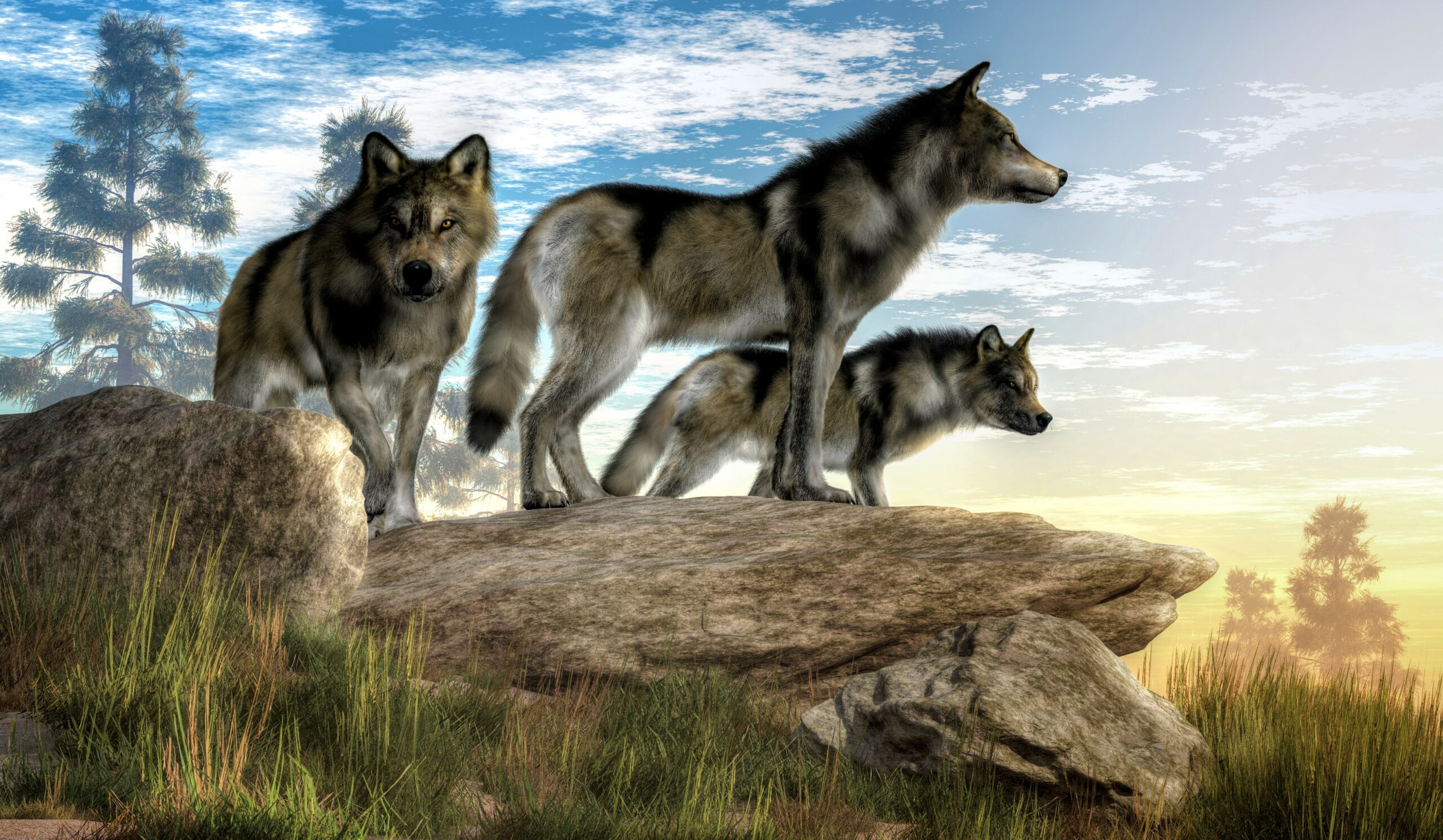 On an uninhabited island in Alaska, scientists have discovered that wolves are preying on sea otters after nearly wiping out the local deer population. Researchers from Oregon State University and the Alaska Department of Fish and Game believe this is the first case of sea otters becoming the primary food source for a land-based predator.

“Sea otters (Enhydra lutris) and wolves (Canis lupus) are two apex predators with strong and cascading effects on ecosystem structure and function. After decades of recovery from near extirpation, their ranges now overlap, allowing sea otters and wolves to interact for the first time in the scientific record,” wrote the study authors.

The research was focused on Pleasant Island, which is located near Glacier Bay about 40 miles west of Juneau. In this region, sea otters were wiped out from fur trade hunting in the 1800s and 1900s.

Sea otters are now legally protected under the Marine Mammal Protection Act (MMPA). They were reintroduced to the Pleasant Island area in the 2000s, and wolves were introduced in 2013.

“After wolf colonization, we quantified shifts in foraging behavior with DNA metabarcoding of 689 wolf scats and stable isotope analyses, both revealing a dietary switch from Sitka black-tailed deer (Odocoileus hemionus), the terrestrial in situ primary prey, to sea otters,” wrote the study authors.

“Here we show an unexpected result of the reintroduction and restoration of sea otters, which became an abundant marine subsidy for wolves following population recovery. The availability of sea otters allowed wolves to persist and continue to reproduce, subsequently nearly eliminating deer.”

“Sea otters are this famous predator in the near-shore ecosystem and wolves are one of the most famous apex predators in terrestrial systems,” said study co-author Professor Taal Levi. “So, it’s pretty surprising that sea otters have become the most important resource feeding wolves. You have top predators feeding on a top predator.”

“The thing that really surprised me is that sea otters became the main prey of wolves on this island,” said study co-author Gretchen Roffler. “Occasionally eating a sea otter that has washed up on the beach because it died, that is not unusual. But the fact that wolves are eating so many of them indicates it has become a widespread behavior pattern throughout this pack and something that they learned how to do very quickly.

“And from the work we are doing investigating kill sites, we are learning that wolves are actively killing the sea otters. So, they aren’t just scavenging sea otters that are dead or dying, they are stalking them and hunting them and killing them and dragging them up onto the land above the high tide line to consume them.”