Exposure to home cleaning products can cause kids to gain weight • Earth.com 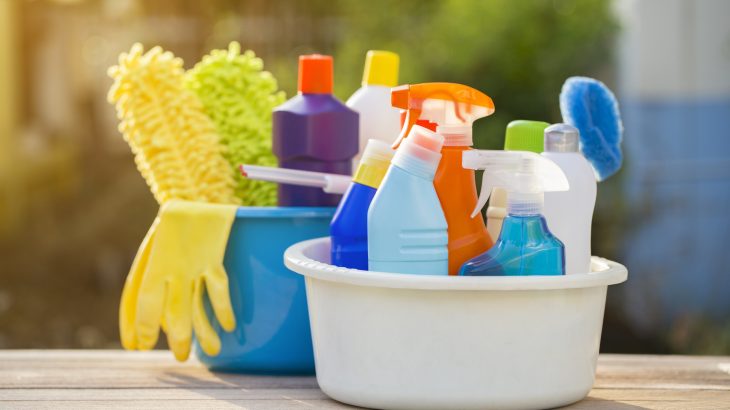 Exposure to home cleaning products can cause kids to gain weight

A new study has revealed that exposure to household cleaning products alters the gut microbiomes of small children. The experts also found that some of these microbial changes are associated with weight gain.

The researchers investigated the gut flora of 757 infants at the ages of three to four months, following up on their weight when they were one and three years old.  The experts also examined the use of various disinfectants, detergents, and eco-friendly cleaners in their homes.

The experts found that the gut microbiota of the babies were most notably altered in homes where disinfectants such as multi-surface cleaners were used the most frequently. These infants showed lower levels of Haemophilus and Clostridium bacteria, but higher levels of Lachnospiraceae.

In addition, the researchers observed an increase in Lachnospiraceae bacteria with higher levels of exposure to disinfectants, yet this association was not found with detergents or eco-friendly cleaners. Previous research that was focused on piglets revealed a similar relationship between the gut microbiome and aerosol disinfectants.

Anita Kozyrskyj is a professor of Pediatrics at the University of Alberta and the principal investigator on the SyMBIOTA project, an investigation into how alteration of the infant gut microbiome impacts health.

“We found that infants living in households with disinfectants being used at least weekly were twice as likely to have higher levels of the gut microbes Lachnospiraceae at age 3-4 months; when they were 3 years old, their body mass index was higher than children not exposed to heavy home use of disinfectants as an infant,” said Professor Kozyrskyj.

Babies living in homes where eco-friendly cleaners were used had different changes in microbiota and were found to be less likely to become overweight as toddlers.

“Those infants growing up in households with heavy use of eco cleaners had much lower levels of the gut microbes Enterobacteriaceae. However, we found no evidence that these gut microbiome changes caused the reduced obesity risk.”

Professor Kozyrskyj explained that the use of eco-friendly products may be linked to healthier overall maternal lifestyles, which would contribute to the healthier gut microbiomes and weight of their children.

“Antibacterial cleaning products have the capacity to change the environmental microbiome and alter risk for child overweight,” wrote the researchers. “Our study provides novel information regarding the impact of these products on infant gut microbial composition and outcomes of overweight in the same population.”