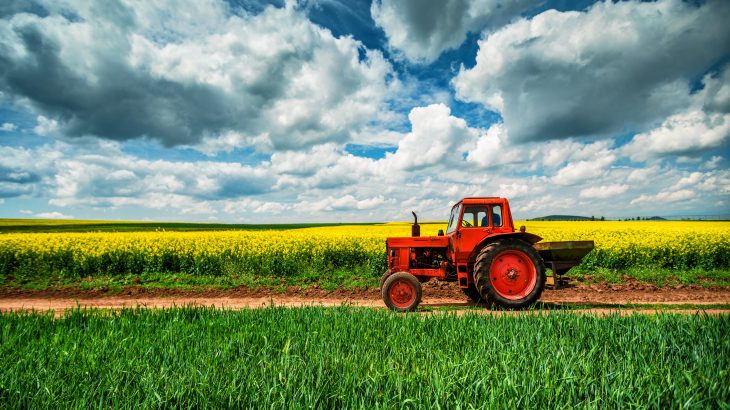 In a new study led by Cornell University, experts have found that farms have been an average of 21 percent less productive over the last six decades as a result of climate change. According to researchers, this is equivalent to completely losing the last seven years of growth in agricultural productivity.

The results of the study suggest that global agriculture is becoming increasingly vulnerable to the effects of climate change, and warmer locations like Africa and Latin America are being hit the hardest. In these regions, growth in agricultural productivity has already been cut by up to 34 percent.

The experts developed an all-encompassing econometric model to quantify the effect of human-caused climate change on what economists call “total factor productivity,” a measure of the overall productivity of the agricultural sector.

“Our study suggests climate and weather-related factors have already had a large impact on agricultural productivity,” said Professor Robert Chambers of the University of Maryland. “We used the model in this paper to estimate what total factor productivity patterns would have looked like in the absence of climate change.”

Study lead author Ariel Ortiz-Bobea is an associate professor in the Charles H. Dyson School of Applied Economics and Management at Cornell.

“We find that climate change has basically wiped out about seven years of improvements in agricultural productivity over the past 60 years,” said Professor Ortiz-Bobea. “It is equivalent to pressing the pause button on productivity growth back in 2013 and experiencing no improvements since then. Anthropogenic climate change is already slowing us down.”

According to Professor Ortiz-Bobea, the team considered more than 200 systematic variations of the econometric model, and the results remained largely consistent.

“When we zoom into different parts of the world, we find that the historical impacts of climate change have been larger in areas already warmer, including parts of Africa, Latin America and Asia.”

Humans have already altered the climate system, said Professor Ortiz-Bobea, as climate science indicates the globe is about one degree Celsius warmer than without atmospheric greenhouse gases.

“Most people perceive climate change as a distant problem. But this is something that is already having an effect. We have to address climate change now so that we can avoid further damage for future generations.”