Climate change is to blame for longer allergy seasons • Earth.com 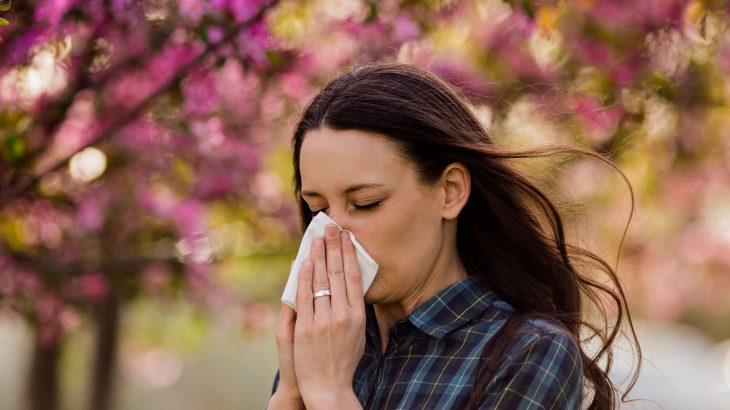 Climate change is to blame for longer allergy seasons

Climate change could have major health impacts on people who suffer from seasonal allergies. Researchers at the University of Utah have found that allergy seasons are now starting 20 days earlier, lasting 10 days longer, and invloving 21 percent more pollen compared to 1990.

According to the experts, human-caused climate change has played a major role in extending the pollen season, as well as a smaller role in boosting pollen counts.

Previous studies have linked higher pollen production to rising temperatures and atmospheric levels of carbon dioxide. The current study is the first to investigate the likely contribution of climate change to pollen trends on a continental scale.

“A number of smaller-scale studies – usually in greenhouse settings on small plants – had indicated strong links between temperature and pollen,” explained Anderegg. “This study reveals that connection at continental scales and explicitly links pollen trends to human-caused climate change.”

The researchers examined records at 60 pollen count stations across the United States and Canada for the time period from 1990 to 2018. These stations collect airborne pollen and mold samples, which are then counted by hand.

The analysis showed that nationwide pollen amounts increased by around 21 percent over the study period, with the greatest increases recorded in Texas and the Midwestern United States.

The fact that allergy seasons are now starting about 20 days earlier than in 1990 indicates that global warming is causing plants to start producing pollen earlier in the year.

The experts applied statistical methods to the pollen trends in conjunction with nearly two dozen climate models. The results showed that climate change alone was responsible for around half of the pollen season lengthening and around eight percent of the increase in pollen. The study also revealed that the contribution of climate change to higher pollen counts is accelerating.

“Climate change isn’t something far away and in the future. It’s already here in every spring breath we take and increasing human misery,” said Anderegg. “The biggest question is – are we up to the challenge of tackling it?”