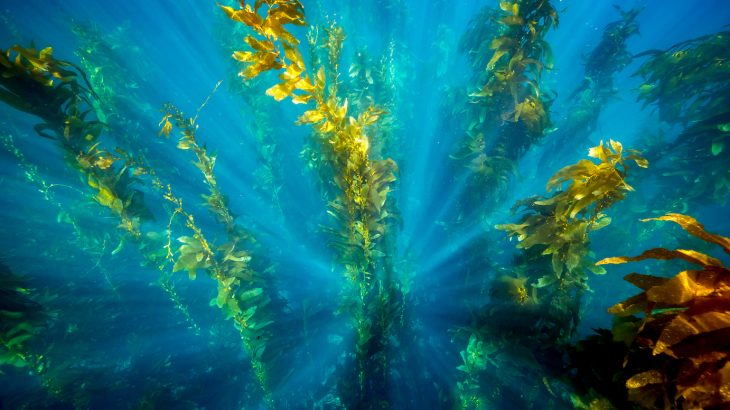 Aquatic kelp forests are considered to be some of the most productive ecosystems on the planet. These giant pillars of seaweed, commonly found along the Pacific coast of North America, provide food and shelter for thousands of marine species.

Study co-author Bob Miller is a biologist from the Marine Science Institute (MSI) at the University of California, Santa Barbara.

“Giant kelp’s complex physical structure that extends throughout the water column and its very high productivity are unique,” said Miller. “No other species in the kelp forest can replace giant kelp’s high capacity to physically modify the environment and produce habitat and food for a myriad of other species.”

For this reason, giant kelp are known as a “foundation species,” which is an organism that plays a major role in the structure of a community.

Giant kelp are typically able to endure strong ocean currents, and can even replenish themselves after storms at an impressive rate that is the equivalent of about three percent of their weight per day. However, according to MSI research biologist Dan Reed, the violent disturbances that are expected to result from climate change could devastate kelp forests across the globe.

Max Castorani is a professor of Environmental Sciences at the University of Virginia and the study’s lead researcher.

“We found that the frequency of disturbance was the most important factor influencing kelp forest biodiversity, whereas the severity of disturbance in a given year played a minor role,” said Professor Castorani.

Over the course of nine years, the researchers counted and measured more than 200 species of fish, plants, and invertebrates every three months in large experimental kelp forests off the Santa Barbara coast.

By simulating annual disturbances where kelp forests were experimentally reduced each year, the team discovered that the number of smaller plants and invertebrates attached to the seafloor such as algae, corals, and sponges doubled in number. At the same time, the numbers of shellfish, such as clams, starfish, lobsters, and crabs, were reduced by 30 to 61 percent.

“Our findings surprised us because we expected that a single severe winter storm would result in big changes to kelp forest biodiversity,” said Castorani. “Instead, the number of disturbances over time had the greatest impact because frequent disturbances suppress the recovery of giant kelp, with large consequences for the surrounding sea life.”

An ecosystem supported by an unhealthy kelp forest has less protection and becomes less complex and productive overall.

David Garrison is a director of the National Science Foundation’s Long-Term Ecological Research (LTER) program, which funded the study.