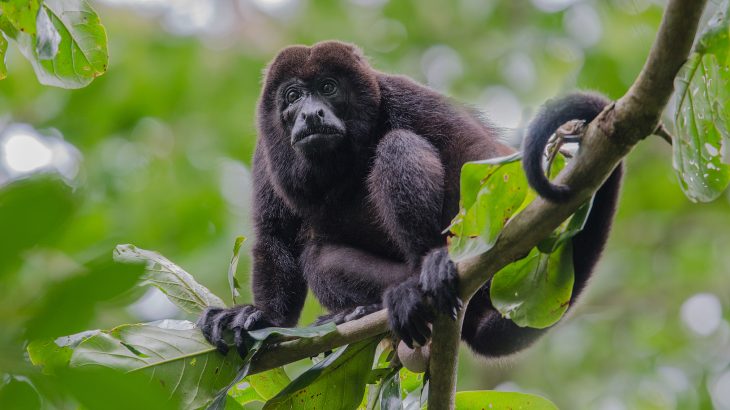 A new study published in Nature Climate Change explains that future climate change could be cause an upset in the equilibrium and interactions within the natural food chain that links predators to herbivores. Researchers believe that climate change — specifically warming temperatures — could redistribute the power within the ecological relationship between predator and prey.

A more stable climate and less seasonal changes in temperate areas could put immense pressure of predation whereas increased climate instability in the tropics due to climate change would cause a decline in predation pressure.

“The study describes the causes of this disruption and shows it can be explained by the components of climate that will change in future, especially temperature,” said lead author Gustavo Quevedo Romero, a professor at the University of Campinas’s Biology Institute (IB-UNICAMP) in São Paulo State, Brazil. “This reorganization of the forces of species interactions could have disastrous consequences for terrestrial ecosystems and for the ecosystem services they provide, such as biological control and nutrient cycling.”

Romero and colleagues based this new study on a 2017 study published in Science that measured bites on artificial caterpillars and found that the higher an ecosystem’s latitude, the lower the herbivore predation. The new study compared this data to present and future bioclimatic data based on climate models that predict climate change from carbon dioxide emissions.

Romero and his team first withdrew a set of bioclimatic variables from the WorldClim 2 database, which contains 19 bioclimatic variables applied globally to a 1 km² resolution grid. They then used a structural equation modeling method to figure out the significance of the direct and indirect effects of latitude, elevation, and local climate, including precipitation and temperature, on predation pressure. Romero concluded that the predation data was directly linked to temperature variation.

Predation pressure will increase in temperate climates ranging from North America to Asia, and will decrease in biodiverse regions near the equator like equatorial Africa, Southeast Asia, tropical South America, Central America, and the Caribbean. The team suggests that Brazil and Colombia will be the most affected by temperature-affected predation.