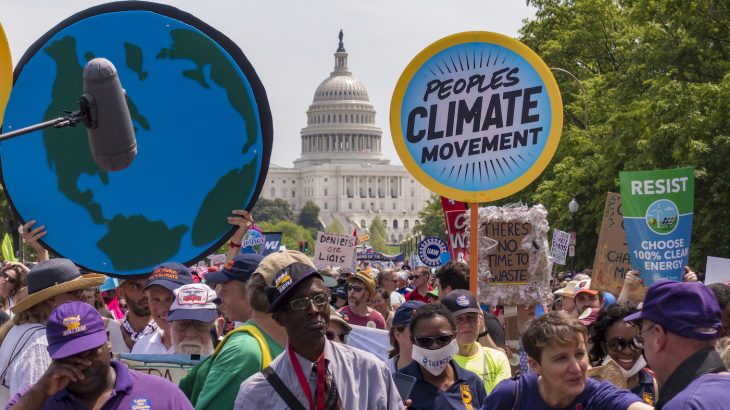 New research from Penn State University shows that climate change marches actually have a positive effect on the American public.

The team found that people who were bystanders at the March for Science and the People’s Climate March in spring 2017 were more optimistic about being able to work together to address climate change issues, and they also had positive feelings toward those who participated in the marches.

“Marches serve two functions: to encourage people to join a movement and to enact change,” said Janet Swim, professor of psychology at Penn State. “This study is consistent with the idea that people who participate in marches can gain public support, convince people that change can occur, and also normalize the participants themselves.”

“There are several measures that predict people engaging and taking action in the future,” Swim continued. “One of those is collective efficacy — the belief that people can work together to enact change. People don’t want to do something if it’s not going to have an effect. We were interested in whether marches increased this sense of efficacy, that once you see other people do something, you might think yes, it’s possible.”

Swim and her colleagues recruited 587 bystanders who observed the marches through media, and each bystander was asked to complete a survey asking them about their knowledge of the marches, their thoughts on people who participated in the marches, and their beliefs on whether people can come together to positively affect climate change. They were also asked about their preferred news source (these sources were then coded to be liberal or conservative).

“Activists are often seen negatively — that they’re arrogant or eccentric or otherwise outside of the norm,” Swim said. “There’s a fine line between marchers and other activists expressing themselves and raising awareness of their cause, while also not confirming negative stereotypes. So, one of our questions was whether marches increase or decrease people’s negative impressions of marchers.”

The team found that people surveyed after the People’s Climate March were generally more optimistic about the idea of people coming together to thwart climate change (collective efficacy beliefs). They also had less negative thoughts about the activists involved. And those who consumed more conservative media were more likely to feel the need to get involved in the fight against climate change after the People’s Climate March.

“If conservative news sources only talk [about] the march after the fact, that might be why their viewers have more efficacy afterwards, because they didn’t know about it before,” Swim said. “Additionally, a more liberal news source may portray marchers as more sympathetic, which may be why their viewers had more favorable impressions of marchers.”