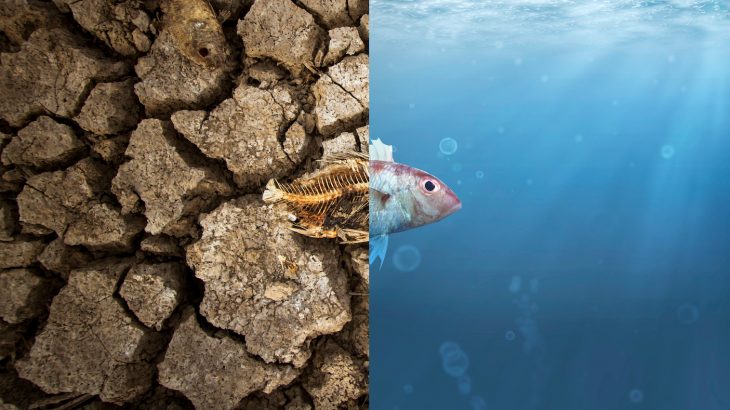 The way that climate change questions are worded affects public feedback. Climate change polls help provide insight into how a population thinks about human-caused climate change, and can be important indicators in gaging public support for reducing emissions and implementing mitigation strategies.

If the majority of a population or group denies that human activities are increasing greenhouse gas emissions, warming up the planet, and causing irreversible climate change, it makes implanting substantial climate change action next to impossible.

A new study published in the journal Climate Change has found that how a question is phrased can make a big difference in how a person expresses their thoughts about anthropogenic climate change (ACC).

Researchers from the Annenberg Public Policy Center (APPC) of the University of Pennsylvania surveyed 7,019 US adults about climate change to investigate how differently formatted questions influence results.

The participants were presented with questions about ACC, and the researchers tested three variations in question formatting.

One of the variations, the “Pew Style,” gave respondents an option to choose “don’t know” or even skip the question. Another format asked a question and provided accompanying explanations about greenhouse gases and climate change. The last format had participants choose from a multiple choice questionnaire and pick which answer most strongly coincided with their views.

The survey results differed greatly depending on which format was used. The percent of people who agreed that climate change was human-caused ranged from 50 to 71 percent.

With the Pew Style approach, 50 percent of the survey respondents said that climate change is human-caused, this included 29 percent who were Republican.

The type of question that produced the highest acceptance of ACC was the van Boven et al. approach, which used a scale and explanatory text but did not allow the option of “don’t know.”

With the van Boven et al. approach, 71 percent of respondents agreed that climate change is human-caused, including 61 percent who were Republican.

“People’s beliefs about climate change play an important role in how they think about solutions to it,” said Matthew Motta, the lead author of the study. “If we can’t accurately measure those beliefs, we may be under- or overestimating their support for different solutions. If we want to understand why the public supports or opposes different policy solutions to climate change, we need to understand what their views are on the science.” The way that climate change questions are worded affects public feedback

The results of the study show how slight changes in wording and format can influence opinions and answers in surveys, although the researchers caution that the sample was not nationally representative of the US population, so the study results are limited.

“We hope that our research can help to broadly raise awareness of measurement issues in the study of climate change opinion and alert scholars to which specific design elements are most likely to impact opinion estimates,” the researchers said.