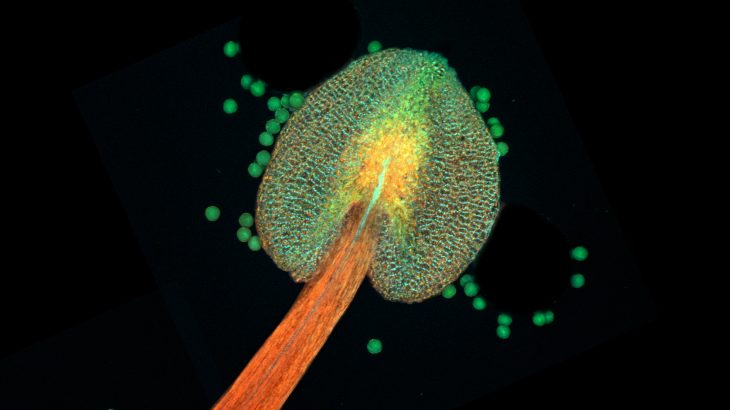 A new study on how climate change impacts vegetation may soon pave the way for using gene editing technology to modify plants to be more resilient in warmer, drier, environments.

As climate change is increasing drought and making environments around the world drier, this loss of water is critical.

Plants can choose to keep their stomata closed, but then they can’t take in carbon dioxide. It’s a lose-lose situation for plants, which is why researchers from the Bergmann Lab at Stanford University wanted to figure out what underlying factors drive the development of stomata.

The results of the study, published in the journal Developmental Cell, could help create new methods for using gene editing to make plants more durable in the coming years and resist the impacts of climate change.

“It would be really nice to be able to better predict how vegetation, such as boreal forests, will react to global changes in climate,” said Anne Vatén, the lead author of the study. “Changes in stomatal development are a type of mechanism plants probably use to adapt when the environment changes, but we have a lot more to learn about it.”

The researchers grew hundreds of Arabidopsis thaliana plants in a lab setting and analyzed the plants during stomata development. Vatén also examined the entire genome of the of the plant.

By looking at the plant’s genome Vatén was able to confirm that the genes associated with a  plant hormone called cytokinin were important to stomata development.

Next, the researchers used CRISPR/Cas9 gene editing technology and changed the levels of cytokinin in the lab plants to see how it influenced stomata numbers.

The team found that cytokinin activates a particular gene called SPEECHLESS that lays the groundwork for some cells to become stomata.

When the researchers changed the hormone levels in the plants, it only had a subtle impact on how much stomata were created.

“That was a really satisfying discovery,” said Dominique Bergmann, the senior author of the study. “It was great to be able to say that the changes we see in stomatal numbers when plants lose the ability to use the cytokinin-SPEECHLESS system is in the realm of how much plants normally change to cope with an environmental change.”

The researchers propose that CRISPR technology could be key for helping plants withstand climate change, and now thanks to this study, science has gained a better understanding of stomata development in plants.