Is climate change to blame for this month’s tornado outbreak? • Earth.com 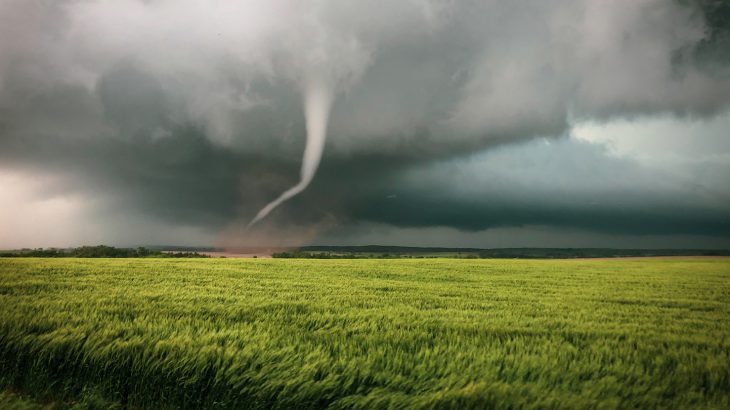 Is climate change to blame for this month’s tornado outbreak?

In the last two weeks, at least 225 tornadoes have been confirmed in states across the U.S., and many people are questioning whether climate change is the driving force behind this powerful cluster of storms.

According to James Elsner, an atmospheric scientist and professor at Florida State University, we are not currently seeing an increase in the number of annual tornado outbreaks. Instead, the number of tornadoes associated with each individual outbreak is on the rise.

“The overall trend is not upwards, but what was surprising and sharply up is the fact that when conditions become favorable for tornadoes, we’re seeing more tornadoes per outbreak,” said Professor Elsner.

Victor Gensini is a climatologist at Northern Illinois University and one of the leading tornado experts in the world.

“We’re not 100 percent sure what’s causing that,” said Professor Gensini. “There are theories that for any given outbreak, there’s more instability or fuel available for storms, but it’s really difficult to know.”

The National Oceanic and Atmospheric Administration reports that there have already been 935 tornadoes across the country so far this year. According to Professor Gensini, this is more than the yearly average from 2005 to 2015 of 743 tornadoes.

Detailed records of tornadoes only date back to the 1950s, which limits the ability of scientists to investigate the role that climate change may have in tornadic activity.

“The analogy I like to use is with baseball’s steroid era,” said Professor Gensini. “It’s a very difficult question to answer if this one home run was caused by steroids, but when you look at the batting average or the number of home runs over that time period, it’s easy to say that, yes, statistically a lot of those home runs were likely caused by steroids.”

Professor Gensini suggests that, while climate change does not directly cause extreme weather events such as the tornado outbreak this month, it does alter the probability that the environmental conditions will be right.