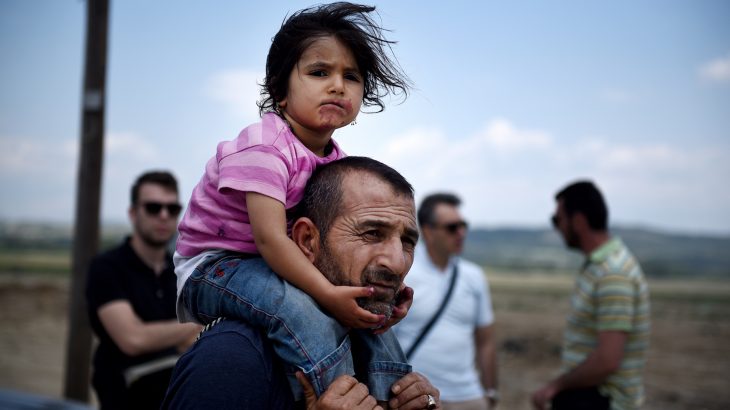 A study from the International Institute for Applied Systems Analysis (IIASA) has confirmed that there is a causal relationship between climate, conflict, and migration. While there has been plenty of speculation that such a link existed, the scientific evidence was lacking.

In recent decades, environmental conditions have been blamed for creating political unrest and civil war, followed by waves of migration. One major example is the ongoing Syrian Civil War, which began in 2011. In addition, people seeking refuge from conflict in Africa are moving into coastal Mediterranean countries in Europe.

The research team set out to investigate the association between climate change and migration. They found that under certain circumstances, climate conditions do lead to increased migration but that this happens indirectly – as a result of conflict.

“This research touches upon the topic widely covered in the media. We contribute to the debate on climate-induced migration by providing new scientific evidence,” said study co-author Raya Muttarak.

The researchers analyzed migration patterns associated with conflict by collecting data on asylum applications from 157 countries that had been submitted between 2006 and 2015. To examine the climate conditions in the countries the asylum seekers were leaving, the team used a standardized index that measures droughts and their intensity based on precipitation, evaporation, transpiration, and temperature. In addition, conflict was assessed through data on battle-related deaths from the Uppsala Conflict Data Program (UCDP).

All three datasets were applied to the team’s modeling framework, along with additional information such as the distance between country of origin and destination, population size, and the political status of the countries.

“Climate change will not cause conflict and subsequent asylum-seeking flows everywhere. But in a context of poor governance and a medium level of democracy, severe climate conditions can create conflict over scarce resources,” said study co-author Crespo Cuaresma.

According to the researchers, concerns relating to climate change-induced conflict and the subsequent migration should be considered in the context of the UN Sustainable Development Goals (SDGs).