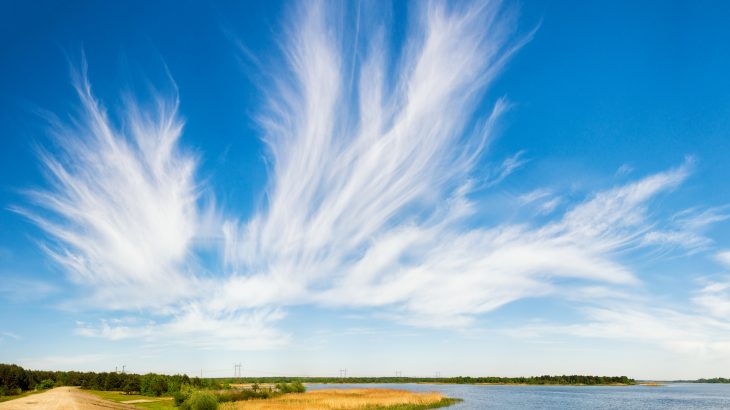 Of the many methods developed to slow down global warming, some scientists believe that “cloud thinning” may actually show some promise. The strategy would be used to shoot powder over cirrus clouds, which would thin out their coverage and alter their radiative effects over Earth.

While this would have some impact on rainfall, the effects would be less significant compared to other plans of cooling the planet, according to the experts.

Many of the proposed geoengineering techniques come with dangerous consequences, such as changes in precipitation that could trigger major droughts across some regions. Scientists have analyzed the geoengineering options that are currently available, and have determined that cloud thinning may be one of our best bets.

The study authors believe that cloud thinning would cool the planet without triggering significant precipitation changes. The researchers, who are based at Zhejiang University in China, said that by reducing the coverage of wispy, high-altitude cirrus clouds, it could be possible to reduce global warming.

The team is also exploring the concept of injecting aerosols into the stratosphere to “deflect more sunlight back to space,” as well as the option of seeding marine stratocumulus clouds in a strategy known as “cloud brightening’ that causes clouds to reflect more sunlight.

The study is published in the Journal of Geophysical Research: Atmospheres.