Coffee production is actually good for the birds, too • Earth.com 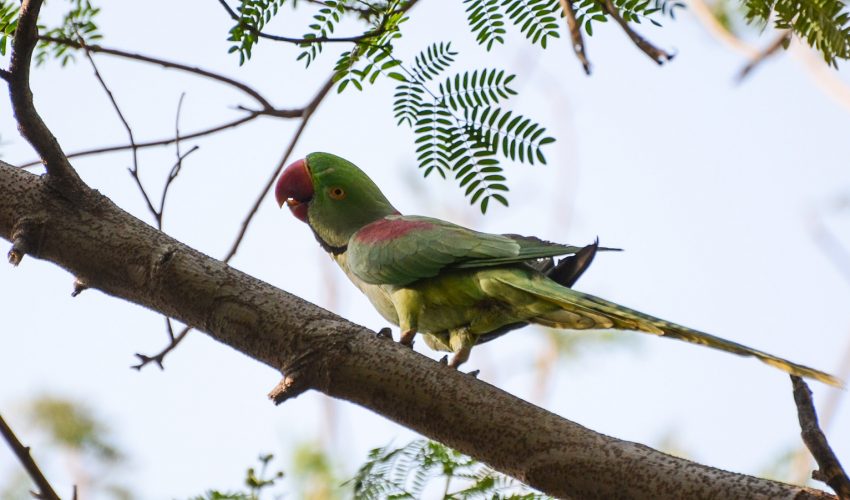 Coffee production is actually good for the birds, too

Coffee production is actually good for the birds, too. A team of scientists set out to determine which type of coffee bean farms are the most beneficial to forest wildlife. The researchers investigated the relationship between bird diversity and the two primary coffee types, Arabica and Robusta.

Wildlife Conservation Society Associate Conservation Scientist Dr. Krithi Karanth teamed up with experts at Princeton University and the University of Wisconsin-Madison to investigate bird diversity on coffee plantations in the Western Ghats mountain region of India.

Previous studies have shown that shade-grown coffee, which is typically Arabica, promotes significant levels of biodiversity.Now that coffee production is globally shifting toward Robusta, experts are concerned this may be detrimental to wildlife because this coffee requires a more intensive cultivation process with direct sunlight.

The study revealed that Arabica bird populations were more species rich, but the researchers were surprised to find that Robusta also provided substantial biodiversity benefits. In addition, Robusta was found to support large populations of several sensitive bird species.

The study authors identified a total of 79 forest-dependent species living in the coffee plantations they surveyed, including three threatened species. These farms also promote mammal, amphibian, and tree diversity.

“Coffee farms already play a complementary role to protected areas in a country like India where less than four percent of land is formally protected,” said Dr. Karanth.

“Therefore, building partnerships with largely private individual and corporate land holders will provide much needed safe-passage and additional habitats for birds and other species.”
Indian Robusta receives relatively high flavor ratings by coffee experts and commands a price premium. Furthermore, farmers use less pesticides in the Robusta farmlands, which are more disease-resistant.

“An encouraging result of the study is that coffee production in the Western Ghats, a global biodiversity hotspot, can be a win-win for birds and farmers,” said lead author Charlotte Chang.