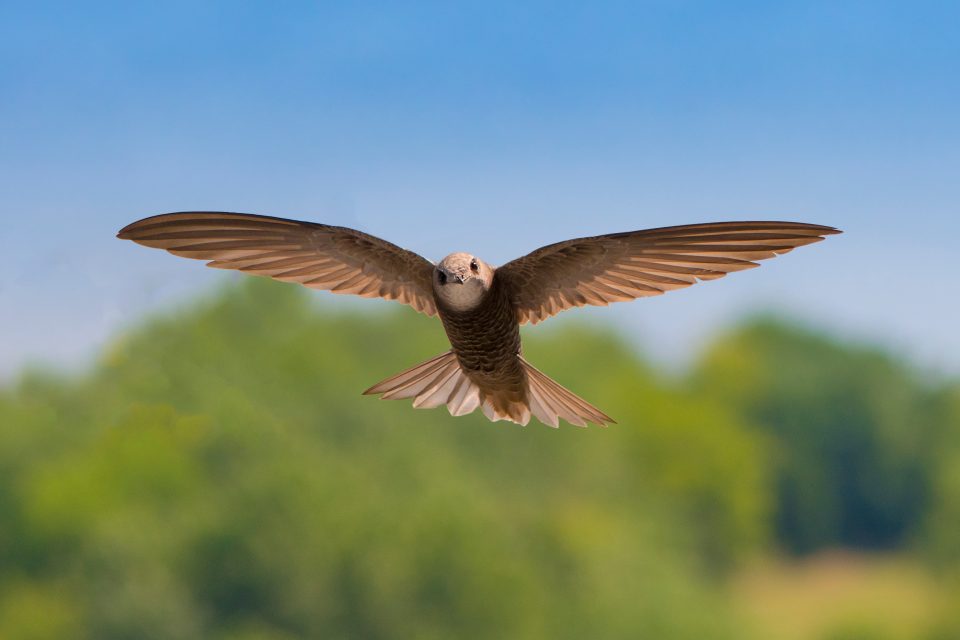 In collaboration with experts from 14 universities and bird conservation organizations, researchers at Lund University have observed a very rare migration pattern that is used by common swifts known as chain migration.

Common swifts are the most mobile terrestrial birds in the world, which likely explains why they have adopted a unique migration strategy that gives them constant access to food.

When common swifts are not breeding, they spend 24 hours a day airborne. This means that the birds are essentially flying for a total of ten months out of the year.

To remain constantly mobile, the birds must have a steady supply of food for energy. They use a chain migration strategy that puts them in the right place at the right time for the greatest availability of insects.

“Our study is very significant for understanding how organisms, in this case the common swift, can migrate from one part of the world to another, where access to food is much better at a given time,” said study lead author Professor Susanne Åkesson.

The researchers tracked 102 common swifts from 11 different European populations that have a nesting range from Swedish Lapland in the north to Spain in the south. The birds were tagged with tiny devices to track their precise location at various times of the year.

The clever foraging pattern used by swifts is referred to as chain migration, which is different from the much more common pattern known as leap-frog migration. When bird populations arrive in an area at the same time, those that arrive first claim the territory, which forces other groups to leap-frog over the occupied area and fly further south.

The researchers explained that swifts cannot claim a territory in the same way as birds that spend more time on the ground.

“The core reason why the common swift engages in chain migration, whereas almost all other birds such as songbirds, ducks, geese and waders have leap-frog migration patterns, can probably be found in the amount of time they spend airborne. The common swift is unique in spending ten months in the air,” said Professor Åkesson.

“I think it is amazing that they know where food is to be found and when they should head for that specific location. They migrate over continents in such a way as to ensure continuous access to food and thereby to survive – they have a lifespan of over 20 years.”

Until now, chain migration had only been observed in two species: the sharp-shinned hawk and the northern gannet.