Drones are becoming a threat to waterbirds • Earth.com 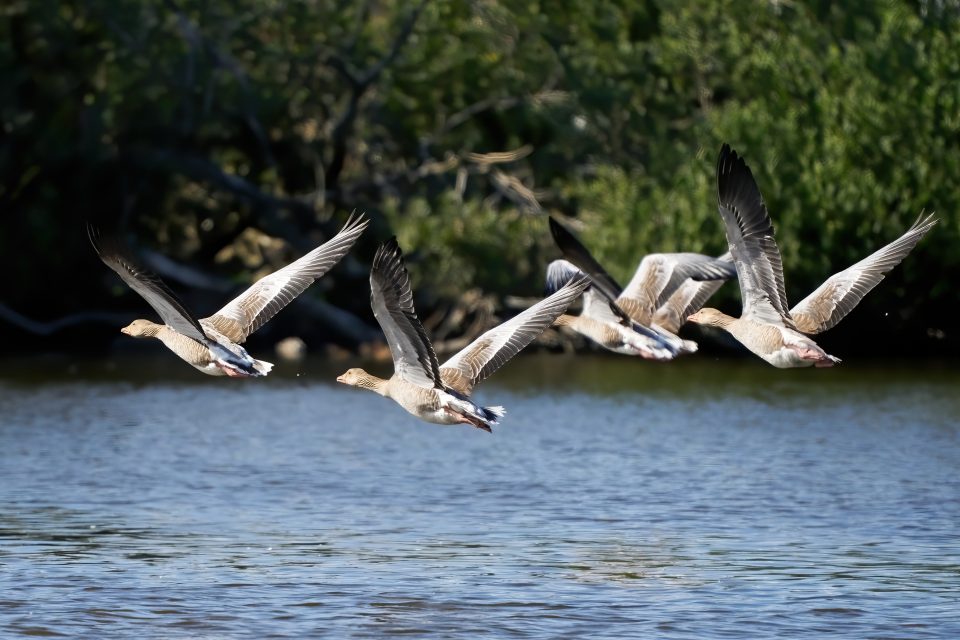 Drones are becoming a threat to waterbirds

Drone technology is rapidly becoming less expensive and more widespread. Drones are now being used for many different purposes, ranging from recreational photography to package delivery.

The increasing amount of drone traffic in close proximity with wild birds is creating new challenges for their protection. Disturbances caused by drones may even affect rare and endangered species.

In the most extreme cases, birds may abandon a foraging spot altogether and shift to new areas where food is less available or where predators are more abundant.

During the cold winter months, large numbers of waterbirds arrive in Britain from the Arctic. Drone disturbance could be particularly harmful during this time, which falls right before the breeding season.

For their investigation, the BTO scientists flew a drone toward waterbird flocks in various coastal, farmland, and freshwater habitats. As one of the researchers navigated the drone at standard speed and height in the direction of the flock, another team member observed the flocks through a telescope. Any responses to the approaching drone – alarm calls, signs of heightened alert, and taking flight – were documented.

The research also showed that the habitat itself had a strong influence on how birds responded to drones. For example, birds across inland areas where human activities are more common were very unlikely to respond to drone disturbances. On the other hand, waterbirds in  coastal habitats were highly likely to respond.

“While we expected that the drone would cause large flocks to flush, we were surprised that birds hardly seemed to respond to the drone at all at those inland lochs where there was already lots of human activity taking place,” said study lead author David Jarrett. “Hopefully this research can be used to help inform guidance and regulations on drone use in proximity to wild birds.”

The study is published in the journal Bird Study.