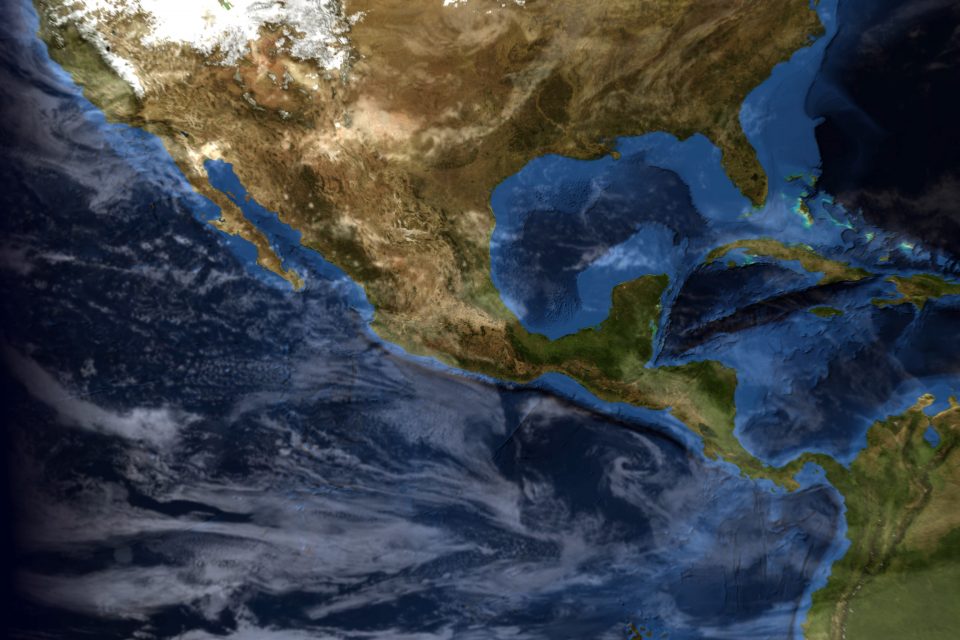 “Exposure to extreme events is a major concern in coastal regions where growing human populations and stressed natural ecosystems are at significant risk to such phenomena,” wrote the study authors. “However, the complex sequence of processes that transform an event from notable to extreme can be challenging to identify and hence, limit forecast abilities.”

The researchers determined that a marine heatwave in the coastal waters of the northern Gulf of Mexico was caused by the compounding effects of a tropical storm followed by an atmospheric heatwave.

“This newly identified process of generating extreme ocean temperatures occurred prior to the landfall of Hurricane Michael during October of 2018 and, as a critical contributor to storm intensity, likely contributed to the subsequent extreme hurricane,” wrote the researchers. “This pattern of compounding processes will also exacerbate other environmental problems in temperature-sensitive ecosystems (e.g., coral bleaching, hypoxia) and is expected to have expanding impacts under global warming predictions.”

Hurricane Michael was the first Category 5 hurricane on record to impact the Florida Panhandle. Prior to the hurricane, tropical Storm Gordon had mixed cold bottom water with warm surface water in early September. This lowered the temperatures of surface waters, increasing their capacity to absorb more heat during the subsequent atmospheric heatwave.

After the water column absorbed an unusual amount of heat energy, the resulting marine ultimately strengthened Hurricane Michael to a Category 5 storm, which was much stronger than what was anticipated.

“During summer in the ocean, solar energy increases air temperature and surface water temperature so much that the entire water column – from surface to bottom – cannot absorb heat from the atmosphere,” said study co-author Kyeong Park.

“It does appear that a storm or hurricane can get stronger if the marine conditions are right. Hurricanes Sally and Laura in the past few weeks are good examples of stronger hurricanes because of the compound effect we described in our paper.”

“This pattern could also exacerbate other environmental problems in sensitive ecosystems such as bleaching of coral reefs, hypoxia (low oxygen in the water) and other problems that are predicted as global warming continues.”