Conservation planning in the Amazon should be redirected to freshwater species • Earth.com 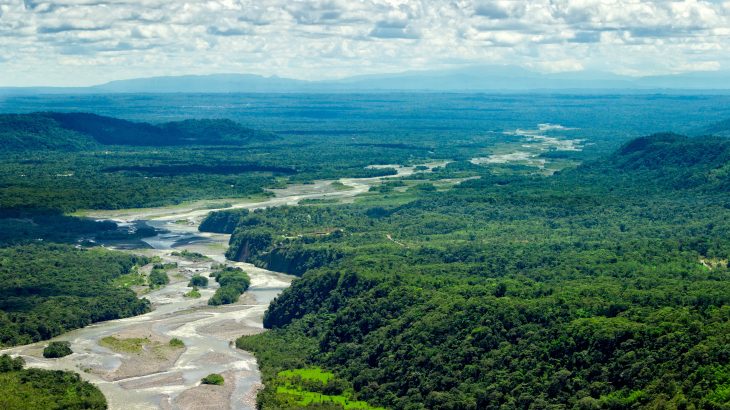 Shifting the focus of conservation efforts in the Amazon from terrestrial species to freshwater species would produce up to six times the benefits, according to a new study from the Lancaster University and the University of São Paulo. By redesigning conservation plans to address the needs of endangered freshwater ecosystems, thousands of animals could be saved without any negative influence on terrestrial life.

Freshwater systems are only found on less than one percent of the Earth’s surface, yet is home to a tenth of all known species including one-third of all vertebrates.

Over the last five decades, populations of freshwater vertebrates have declined by 83 percent, which is more than twice the rate of decline for terrestrial and marine vertebrates in the same time period.

The dramatic loss of freshwater biodiversity has been driven by human activities such as building dams, overfishing, habitat loss and degradation, algal blooms, and the introduction of non-native species. These pressures are now being compounded by the effects of climate change and pollution.

For the new study, an international team of scientists assessed more than 1,500 freshwater and land species in the Brazilian Amazon. The researchers evaluated how well freshwater species are protected through conservation efforts compared to land species.

“Conservation projects generally focus on protecting species that live on land. If freshwater species are considered at all, it is simply assumed that they will be protected incidentally – that is, by chance, as a result of efforts to conserve land species,” said study co-lead author Dr. Cecilia Gontijo Leal.

The experts ultimately found that conservation efforts with increased focus on freshwater ecosystems could deliver big positive gains for these communities without adversely affecting terrestrial biodiversity.

“Through integrated planning that incorporates information on both freshwater and land species, we found that protection of freshwater species can be increased by up to 600% with no reduction in land species protection,” said study co-lead author Dr. Gareth Lennox.

“This presents a great opportunity for conservation, where protection for one species group does not require either losses of protection for others or significant funding increases.”