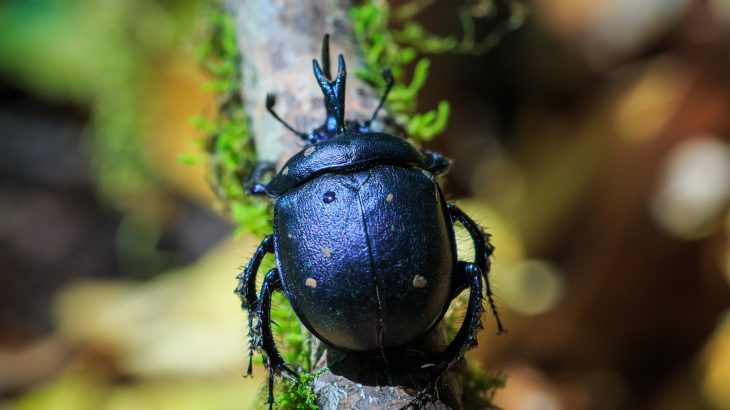 Contaminated manure is severely threatening the survival of dung beetles

Researchers in Mexico have discovered that dung beetles are being poisoned by pesticides and veterinary pharmaceuticals that are passed into the manure that they feed on. The study, published by the Society of Environmental Toxicology and Chemistry, reveals that these chemicals are disrupting the growth and development of the insects.

Dung beetles essentially live in manure, and can be found across a diverse range of environments from deserts to forests. The beetles provide valuable ecosystem services, such as controlling pests and redepositing nutrients into the soil, which are particularly important to agriculture.

Remarkably, dung beetles have also been found to significantly reduce methane emissions from cow manure. Simply by digging around in the dung, the beetles make more oxygen available in the deeper manure, which moderates the creation of methane.

Despite all of the benefits they provide, however, dung beetles have been sharply declining. They are currently one of the most threatened terrestrial animal species, and the new research suggests that the contamination of their food supply is one of the primary threats.

Study lead author Daniel González-Tokman and his team have provided “the first evidence under natural conditions that native and exotic species of dung beetles are highly sensitive to different types of livestock management.”

The researchers demonstrated that the veterinary medications and herbicides used in intensive animal feeding facilities can alter the growth and development patterns of dung beetles, which reduces their ability to function. The physiological responses to the chemicals were found to be specific to the sex and species of the beetles, and were influenced by both the type of livestock management used and the density of the cattle.

According to González-Tokman, this research can help experts “understand the underlying mechanisms of species decline in nature and enrich the strategies of livestock management with benefits for grassland ecological health.”

The researchers hope that their findings will lead to the development of livestock management strategies to protect dung beetles and the health of vital ecosystems.

The study is published in the journal Environmental Toxicology and Chemistry.