Corn yields in the U.S. have become more sensitive to drought • Earth.com 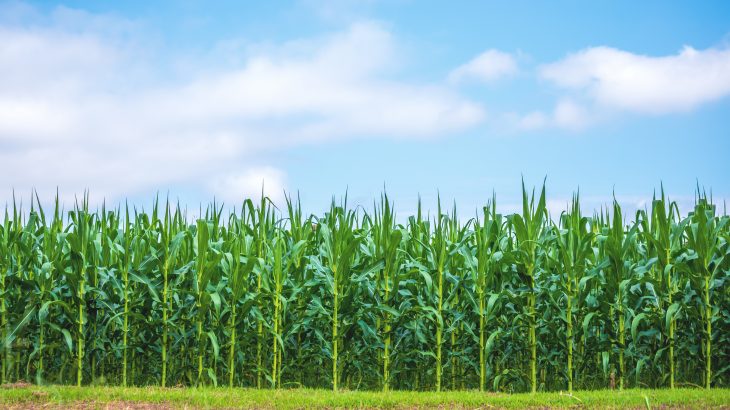 Production in the Corn Belt appears to be thriving, yet conceals a growing issue, according to a new study from Stanford University. The researchers found that corn yields in the United States are becoming increasingly sensitive to drought conditions.

The investigation was based on differences in soil moisture retention across the Corn Belt. The findings may ultimately help to speed up the development of ways to make crops more resilient to climate change.

Study study lead author David Lobell is the Deputy Director of the Center on Food Security and the Environment and a professor of Earth System Science at Stanford.

The production of corn in the United States has been surging despite rising temperatures, resistant weeds, and other concerns. The industry has set record yields in five of the last seven years, and this is likely due to improved management practices, including the adoption of drought-resistant strains. The high yields may also be attributed to changes in the environment, such as lower ozone levels and increased atmospheric carbon dioxide concentrations. However, the researchers predict that as climate change intensifies, it will become more costly to maintain corn yields.

The Stanford team used county soil maps and satellite-based yield estimates, and other data to examine fields in the Corn Belt, which is a nine-state region of the Midwest that accounts for about two-thirds of U.S. corn production. The experts looked at drought stress across the corn fields to evaluate how their tolerance is changing over time.

The study showed that there was wide variation in soil moisture retention, with some soils able to hold twice as much water as others. As expected, better soil moisture retention meant higher corn yields. In some cases, soil’s ability to hold moisture was three times more effective at boosting yields than an equivalent increase in precipitation.

The researchers also determined that yield sensitivity to soil water storage increased by 55 percent between 1999 and 2018, and larger increases in sensitivity were found in drier states. The results make it clear that lower soil moisture retention is a primary driver of yield loss.

According to the experts, various factors have contributed to the increased sensitivity of corn yields to drought. For example, higher plant density demands more water.

The researchers are calling for greater access to field-level yield data that are measured independently of weather data, such as government insurance records, in order to gain a better understanding of how climate impacts to corn yields are evolving over time.

“This study shows the power of satellite data, and if needed we can try to track things from space alone. That’s exciting,” said Lobell. “But knowing if farmers are adapting well to climate stress, and which practices are most helpful, are key questions for our nation. In today’s world there’s really no good reason that researchers shouldn’t have access to all the best available data to answer these questions.”