Cortisol levels can be used to predict mortality in newborn deer • Earth.com 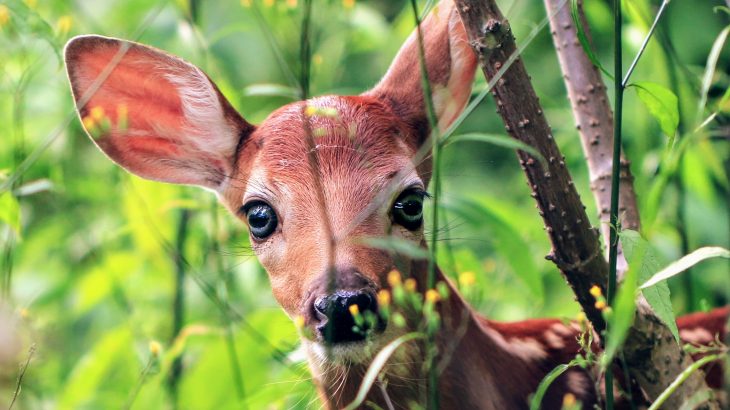 Cortisol levels can be used to predict mortality in newborn deer

The stress hormone cortisol may be a good indication of whether newborn deer will survive, according to a new study from Penn State. The researchers found that levels of cortisol in the saliva of newborn white-tailed deer fawns can be used to predict mortality.

“We think the hormone offers a way to evaluate factors in the environment that affect fawns, such as disease, but are difficult to evaluate when just looking at a carcass that has been picked over by predators,” said Professor Duane Diefenbach. “By then, it’s impossible to be certain what truly caused the fawn’s demise.”

Professor Diefenbach is the leader of the Pennsylvania Cooperative Fish and Wildlife Research Unit in the College of Agricultural Sciences. Through two studies of fawn mortality conducted in 2000 and 2015, Diefenbach gained a unique perspective on the impact of predators.

For the current investigation, the researchers analyzed salivary cortisol concentrations in 19 newborn fawns. Study lead author Tess Gingery, a research technologist in the Department of Ecosystem Science and Management, explained why it was crucial to collect the saliva samples quickly.

“We know from research performed on adult deer at another university that it takes 20 minutes from the moment the stress hormone cortisol is released from the brain into the body that it shows up in their saliva,” said Gingery. “We needed to measure the fawn’s ‘baseline’ cortisol levels, before the stress from capture and being handled kicked in. So, we sopped up saliva with swabs as soon as we could.”

There is a lot of evidence that suggests cortisol can be bad for a human’s survival, body condition, brain development, and immune system, noted Gingery. The researchers theorized that high cortisol concentrations could also predict the survival of newborn fawns, and the data supported this theory.

The findings show that predators are not the only major threat to fawns. According to Professor Diefenbach, it turns out that cortisol levels were higher in fawns tested in the central Pennsylvania study area compared to samples collected in northern Pennsylvania. However, the numbers of predators like coyotes and bears, as well as predation rates, are known to be lower in the state’s central region.

“This research could explain why Delaware – which has zero predators – found similar fawn-survival rates to Pennsylvania in a recent study,” said Professor Diefenbach. “Factors other than predation, such as physiological responses like the cortisol we measured, may influence mortality more than predation. As such, the heavy focus on predation in fawn research may be misguided.”

The study is published in the journal Integrative Zoology.