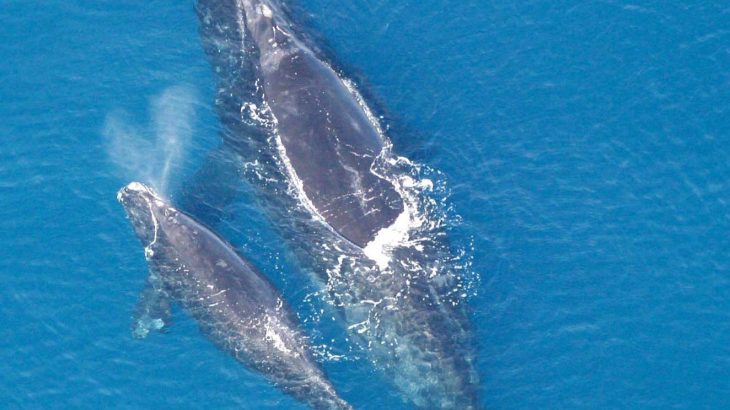 The first right whale calf of the season has been spotted off the coast of Florida, and this is a very hopeful sight to many conservationists who have been monitoring the critically endangered species. Last year, there were no newborns counted during the calving season, and only five calves were reported the previous year.

In a Facebook post on Friday, the Florida Fish and Wildlife Conservation Commission (FWC) Fish and Wildlife Research Institute said: “The weather outside may be frightful, but endangered-species observers with Coastwise Consulting were hard at work aboard the dredge Bayport when today, they spotted the first North Atlantic right whale calf of the 2018-2019 season!”

The North Atlantic right whale is one of the most threatened large whales in the world, and it is estimated that there are only around 450 individuals remaining in the wild. The species is likely to become extinct, which is largely due to human activities.

The only known calving ground of the North Atlantic right whale is located off the coasts of Georgia and Florida. From roughly December to March, the pregnant females migrate south from their feeding grounds to give birth to their young.

According to the FWC, these animals were nicknamed “right whales” by whalers because they were considered to be the right whales to hunt. They swam slowly along the coast, floated when they were dead, and provided large quantities of oil and baleen.

By the time right whale hunting was banned in 1935, the species was very close to extinction. Today, right whales are still strongly impacted by human activities. Collisions with large vessels or entanglement are responsible for around one-third of all mortalities.