Crows make their own tools for catching food • Earth.com 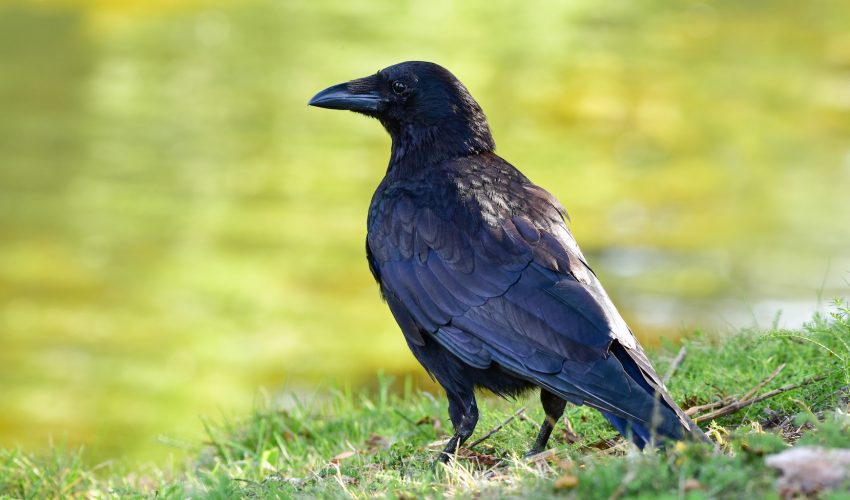 Crows make their own tools for catching food

Experts at the University of St. Andrews have investigated why some crows take the time to create tools that have hooks instead of just using regular sticks to catch prey. The study revealed that the elaborate tools have the ability to access food much faster than unmodified sticks.

New Caledonian crows are well-known for their use of tools to snag small prey such as beetle grubs out of hiding places. Crows can extract food with straight twigs, but in some areas they construct hooks on the ends of sticks to use for hunting.

“It’s a painstaking sequence of behaviors,” explained lead author Dr. James St Clair. “Crows seek out particular plant species, harvest a forked twig, and then – firmly holding it underfoot – carve, nibble and peel its tip, until it has a neat little hook.”

The research team set out to examine the advantages of using the manufactured hooked tools. They developed a series of experiments to document how long it took for crows to extract food using either hooked or non-hooked tools.

The study revealed that the hooked tools were up to 10 times more efficient than non hooked tools, depending on the task.

The findings of the study demonstrate why New Caledonian crows have adapted such elaborate tool-making skills.

“In nature, getting food quickly means that birds have more time and energy for reproduction and steering clear of predators. It’s really exciting that we were able to measure the benefits of these nifty crow tools,” explained study co-author Professor Nick Colegrave.

According to the researchers, it is unclear how the crows learn to make the hooks, but it is likely that they inherit this ability from their parents or learn by watching others. Regardless, the crows using the hooked tools will survive longer and have more offspring, ultimately passing this trait along.

“We’ve all heard that the early bird gets the worm,” said Professor Rutz. “In the case of the New Caledonian crow, it’s the skilled hook-maker that gets the worm, or at least it gets many more worms than its less-crafty neighbors!”