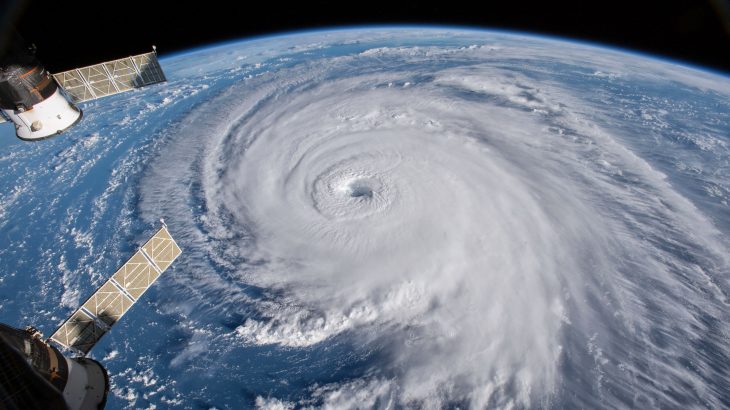 Rising ocean temperatures not only threaten coral reefs with heat stress and bleaching, but also with damage from intense cyclones.

In a new study from the Australian Institute of Marine Science (AIMS), experts have discovered that strong cyclones can harm coral reefs as far as 1,000 kilometers away from their paths.

Study co-author Dr. James Gilmour said the research illustrates the complexity and severity of the threats that reefs are now facing.

“Coral reef communities around the world are under increasing threat from a range of stressors, and we must understand which parts of the reef should be the focus of conservation efforts,” said Dr. Gilmour.

“In particular, it is the combination of cyclones with exposure to rising water temperatures that is the most significant emerging threat to reefs globally.”

To investigate, a team of researchers led by Dr. Marji Puotinen set out to examine Scott Reef off the northwestern coast of Australia. The reef was impacted by Cyclone Lua, a slow-moving storm that developed in 2012.

The study revealed that the most intense cyclone winds did not come any closer than within 500 kilometers of the reef. On the other hand, the reef was battered with waves that were four to 20 meters high for three and a half days.

In the areas that sustained the most damage, Scott Reef lost 50 percent of its massive Porites corals and nearly all of its fragile branching Acropora coral species.

The researchers observed similar damage on a reef about 300 kilometers away. Computer simulations indicated that waves were intensified up to 1,000 kilometers away from the path of Cyclone Lua.

“This example demonstrates that if we assume damage from all cyclones occurs within a 100 kilometer radius of a cyclone’s track, we will underestimate the spatial extent for big, strong cyclones by up to 10 times,” said Dr. Puotinen. “This could lead to making unfortunate choices when trying to prioritize conservation targets.”

Dr. Puotinen explained that estimates of wave damage from cyclones involve highly complex calculations because they change constantly – varying in strength, size, and speed over time. Storms that move more slowly produce the biggest waves and the highest winds over the largest area.

“Coral reefs have been living with cyclones for millions of years. But recovery after a big battering is a slow process, which can take a decade or more. This means that many coral reefs around the world will not have time to fully regrow before the next cyclone hits.”

Some climate change models predict that the total number of cyclones will not increase during any given time period. According to Dr. Puotinen, however, this is not necessarily good news for vulnerable reefs.

“Changes in the atmosphere mean it will be harder for cyclones to form in the first place, but warmer ocean water, which fuels their intensity, means it will be easier for them to strengthen once they do,” said Dr. Puotine.

She hopes that the findings will help to improve reef management and conservation strategies.

“When deciding where on the Great Barrier Reef, for instance, to invest millions of dollars to repair or enhance reefs, you don’t want to select a location likely to be regularly battered by cyclone waves.”

“Our research should make it easier for reef managers to choose between candidate reefs.”