The Arctic is transitioning into an entirely different climate • Earth.com 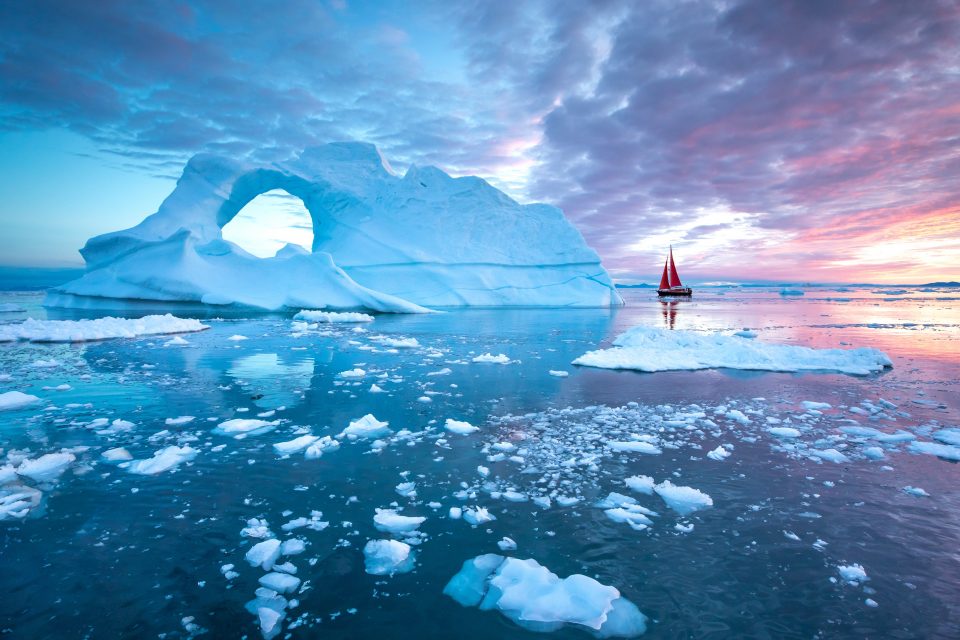 The Arctic is transitioning into an entirely different climate

The Arctic climate is shifting away from its frozen state much faster than what can be projected, according to the National Center for Atmospheric Research (NCAR). The experts report that warming is progressing so rapidly that future climate changes are no longer predictable based on past fluctuations.

Arctic weather patterns have always experienced seasonal variability from year to year, with levels of precipitation and sea ice that are dependent on colder or warmer winters. However, the comprehensive new NCAR study reveals that Arctic temperatures have increased to the point that year-to-year variability no longer reflects historical patterns.

“The rate of change is remarkable,” said study lead author Laura Landrum. “It’s a period of such rapid change that observations of past weather patterns no longer show what you can expect next year. The Arctic is already entering a completely different climate than just a few decades ago.”

In collaboration with study co-author Marika Holland, Landrum found that the extent of Arctic sea ice retreat in recent decades is so drastic that even an unusually cold year will no longer be able to produce the amount of summer sea ice that existed as recently as the mid-20th century.

The experts determined that air temperatures in the fall and winter will warm up enough for the Arctic to enter a statistically distinct climate by the middle of this century. The transition will be characterized by major changes in precipitation, where rainfall will replace snowfall for months out of the year.

For the investigation, the researchers used five of the world’s leading climate models, hundreds of detailed computer simulations, and direct observations of Arctic climate conditions. By analyzing this massive dataset, the researchers were able to clearly define the climate boundaries of the “old Arctic,” or the amount of natural variability each year. They were also able to pinpoint when human-caused warming will push the Arctic beyond these natural boundaries and into an entirely new climate.

According to the study, the changes in the Arctic climate are so pronounced that the average extent of sea ice in September has dropped by 31 percent since the first decade of the satellite era.

Each of the five models used in the study showed that a new climate for sea ice already emerged in the late 20th and early 21st centuries. Over the next several decades, the Arctic will likely begin to experience frequent ice-free conditions.

Based on a high emissions scenario, several of the climate models indicated that the Arctic will become mostly ice free for 3 to 10 months out of the year by the end of this century.

“The Arctic is likely to experience extremes in sea ice, temperature, and precipitation that are far outside anything that we’ve experienced before,” said Landrum. “We need to change our definition of what Arctic climate is.”

If greenhouse gas emissions and global warming continue at the current rate, the seasonal cycle of precipitation will soon change dramatically. Most continents will experience an increase in the rainy season by 20 to 60 days within the next three decades, according to the study authors.

The research is published in the journal Nature Climate Change .