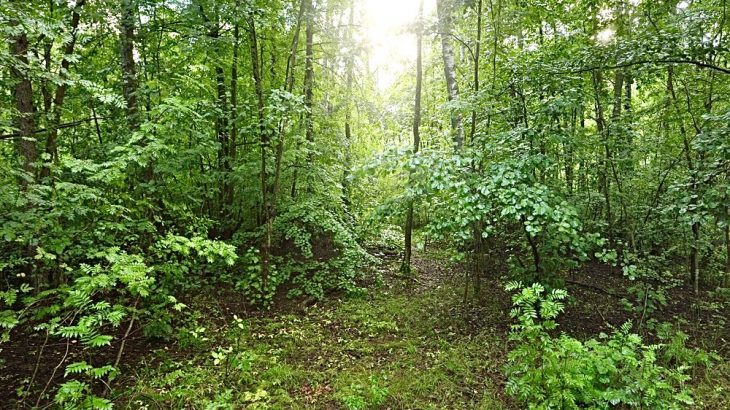 As fires become more frequent and intense in Alaskan boreal forests, the trees are releasing large amounts of carbon dioxide and nitrogen. These heat-trapping greenhouse gases can accelerate climate warming.

But now, a new study reveals that the deciduous trees that are replacing burned spruce forests can more than compensate for fire-induced greenhouse gas emissions. This is because deciduous trees store carbon four times faster over a 100-year fire interval compared to spruce trees.

According to the researchers, the findings suggest that faster-growing, less flammable deciduous forests may act as a stabilizing “firebreak” against escalating fire patterns and nutrient loss in the region.

The study was initiated in 2004 after Alaska endured an extremely severe fire season. Black spruce trees have dominated more than half of this region in the past, but aspen and birch trees have widely grown in their place after wildfires.

The team surveyed 75 black spruce stands that burned in 2004 and followed their recovery over the next 13 years. The experts collected data from trees and soils of different ages and burn severities to construct a timeliness of how the forests evolved over a 100-year fire cycle.

“In 2005, I thought that there was no way these forests could recover the carbon they lost in this fire,” said Professor Mack. “The literature is full of papers suggesting deeper, more severe fires burn more carbon than can be replaced before the next fire. But not only did we see these deciduous trees make up for those losses, they did so rapidly.”

The study showed that at the end of a simulated 100-year cycle, the deciduous stands had recovered as much nitrogen as was lost to fire, and more carbon than was lost.

“I was surprised that deciduous trees could replenish lost carbon so effectively and efficiently,” said study co-author Professor Heather Alexander.

“Even though considerable carbon is combusted and emitted into the atmosphere when black spruce forests burn severely, the deciduous trees that often replace them have an amazing ability to recapture and store carbon in their aboveground leaves and wood.”

“In a region with only five common tree species, this study shows how changes in tree composition can dramatically alter patterns of carbon storage in boreal forests,” said study co-author Jill Johnstone.

Professor Mack said carbon is just one piece of the puzzle. She noted that deciduous forests have other important feedbacks, or interconnected effects, on climate.

“We know these forests help cool regional climate, and we know that they are less ignitable, so fires are less likely to spread. Taken together, these effects create a relatively strong set of stabilizing climate feedbacks in the boreal forest.”

At the same time, there is a lot that researchers do not know about the fate of deciduous boreal forests in a warming world.

Isla Myers-Smith is a global change ecologist at University of Edinburgh who was not involved in the study.

“Shifts from slow-growing black spruce to fast-growing deciduous species could balance out the impacts of the intensifying fire regime in the boreal forest,” said Myers-Smith. “But it remains to be seen how carbon gains balance losses in future with accelerated warming at high latitudes.”The study is published in the journal Science.