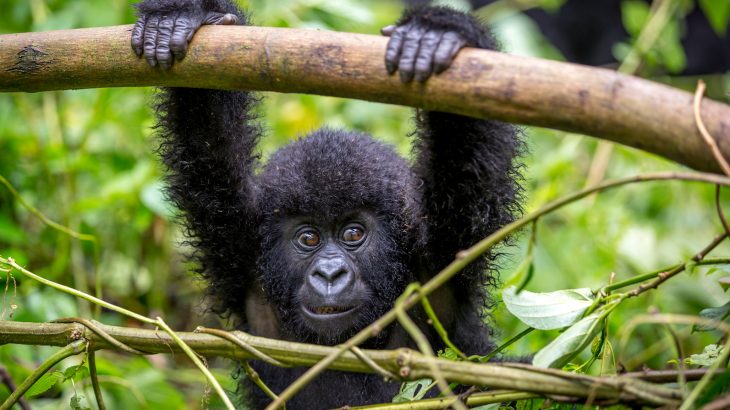 Growing global demand for commodities is pushing primates toward extinction

A new study is strongly emphasizing the fact that commodity export is limited for countries that are home to the world’s primates. These limitations are relative to the extreme environmental costs of pollution, loss of biodiversity, habitat degradation, food insecurity, and the threat of emerging diseases.

Distributed throughout the Neotropics, Africa, and Asia, primates represent a critical component of the Earth’s land-based biodiversity. Through various activities such as seed dispersal, primates provide vital resources to natural ecosystems and to local human populations.

About 60 percent of all primate species are currently threatened with extinction, and up to 75 percent have declining populations as a direct result of human activities like deforestation and habitat degradation.

According to the researchers, the growing market demand for commodities by other nations is a significant driver of rapid and widespread primate habitat loss and degradation.

An increasingly globalized economy combined with the global consumption of food and natural resources has created a larger international market for agricultural products. The growth of this market is directly reflected in the growth of commodity-driven deforestation.

The study revealed that between 2001 and 2015, 160 million hectares of forest were lost in the tropics due to human activities and half of these losses were commodity driven. For example, forests were converted to agricultural fields, cattle pastures, or mines.

The global commodity resource extraction is predicted to more than double by the year 2050. This means that a stronger resolve to reduce the world’s demand for forest-risk food and commodities from primate habitats will be required to reverse the current trend of primate population decline and extinction. 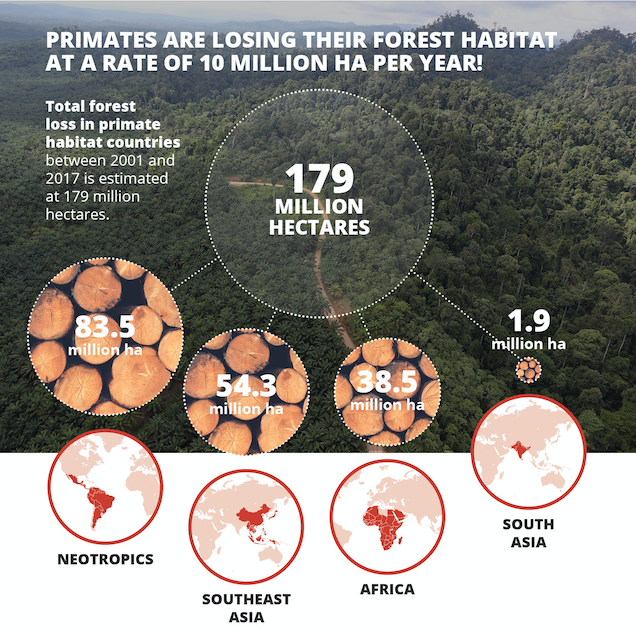 “Growing global consumer demands for food and non-food commodities from primate range regions are placing primate populations at risk of extinction. These increasing demands have resulted in an accelerated global expansion of agriculture and of extractive industries and in the growth of infrastructure to support these activities leading to widespread primate habitat loss and degradation,” wrote the study authors.

“Primates and their habitats are a vital component of the world’s natural heritage and culture and as our closest living biological relatives, nonhuman primates deserve our full attention, concern, and support for their conservation and survivorship.”

The study is published in the Journal of Life and Environmental Sciences.