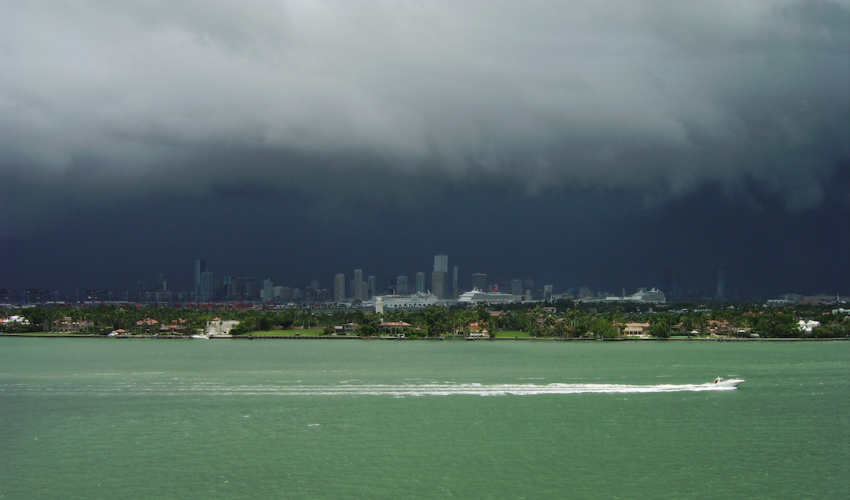 Researchers at Florida State University are reporting that urban areas throughout the Florida peninsula are experiencing shorter yet increasingly intense wet seasons compared to rural areas.

The study is shedding new light on how seasonal climate conditions are being impacted by land development.

The researchers mapped the correlation between the length of the wet season and land development using a system that measured urban land cover on a scale of one to four.

“What we found is a trend of decreasing wet-season length in Florida’s urban areas compared to its rural areas,” said lead author Vasu Misra.

The investigation revealed that land cover changes in the past four to six decades has led to a shorter wet season by 3.5 hours per year in most of the urban areas examined in the study. On the other hand, seasonal rainfall accumulation patterns did not significantly change in these regions during the same time frame.

“In other words, the urban areas experience the same amount of rainfall as the rural areas but in a shorter amount of time,” said Misra. “Therefore, the hourly rain rate is stronger in urban regions. This suggests that urban areas are receiving the rainfall in shorter, more intense bursts – particularly during the summer months.”

The findings of this study are consistent with a growing collection of research which has found that rapid urbanization can directly affect local weather systems.

“The strong relationship between land cover and these trends in rainfall seems to suggest that land cover has everything to do with changing wet seasons,” said Misra. “I think this has some very strong implications for urban planning in Florida as well as for Florida’s hydroclimate.”

The exact cause of more intense and shorter wet seasons in urban areas has not yet been established.

“We have theories, but whether those theories are actually representative of what’s happening in nature has not been investigated intensively in the context of what we are observing in Florida. We don’t have enough data available at our disposal,” explained Misra.

Regardless, the research suggests that the trend will continue as Florida’s metropolitan areas continue to grow.

The study is published in the journal npj Climate and Atmospheric Science.