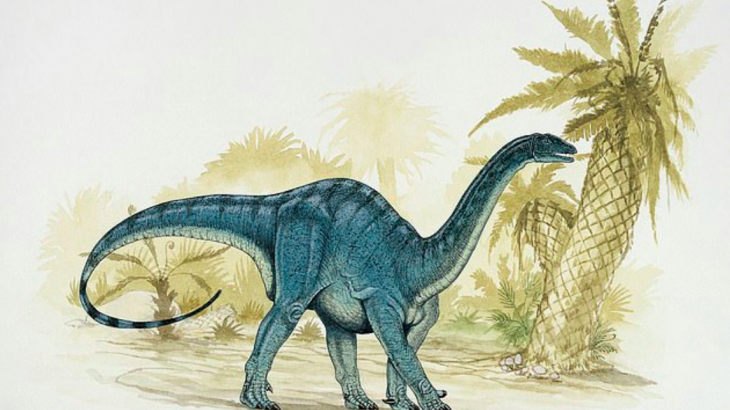 Early dinosaur species crawled before they walked on two legs

A team of researchers led by the Museo de La Plata in Argentina has discovered that an early species of dinosaur crawled on all fours before it grew large enough to walk on two legs. The herbivorous sauropod Mussaurus patagonicus emerged around 228 million years ago in what is now Patagonia.

There are only a few other species besides humans that have been found to make the transition from crawling to walking upright, and they are all dinosaurs.

“Mussaurus switched from four legs as a baby to two legs by adulthood, much as humans do,” said study co-author Dr. Alejandro Otero. “It is important to notice that such locomotor switching is rare in nature and the fact that we were able to recognize it in extinct forms like dinosaurs highlights the importance of our exciting findings.”

Mussaurus was nicknamed the “mouse lizard” because it was born so small that it could fit in the palm of a human hand. Once it grew large enough, however, the dinosaur’s weight of gravity shifted and it became bipedal.

The research team, which also included experts from the UK’s Royal Veterinary College and the National Scientific and Technical Research Council, scanned fossils that represented the birth, toddler, and adult stages of Mussaurus to create 3D models.

When the physical features such as the head, torso, and limbs were applied to the models, the researchers were able to determine where the dinosaur’s center of body mass was located over the course of its life.

“We created the first 3D representation of the major changes of body form and function across the growth of a dinosaur,” said Dr. John Hutchinson. “And we were surprised to learn that enlargement of the tail and reduction of the neck had more of an effect on how Mussaurus stood than how long its forelimbs were, which is what people used to think.”

“Mussaurus underwent an exceptional growth sequence. They hatched at a mass similar to baby chickens, but in the next eight years became as heavy as a rhinoceros, all whilst changing from walking on four legs to walking on two,” explained Dr. Andrew Cuff. “It is only by using digital modelling that we have been able to gain these new insights into these long-extinct animals.”