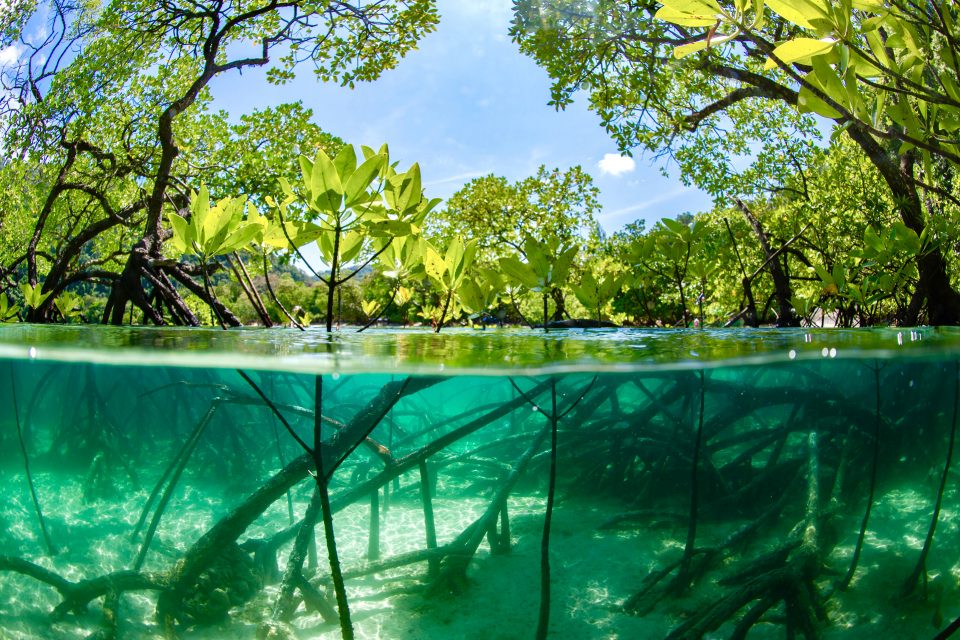 Mangrove forests have a greater capacity to store carbon when they are diverse, according to a new study published by the British Ecological Society. While analyzing mangrove forests in Hainan Island, China, the researchers discovered that species diversity in mangrove forests improves both biomass production and soil carbon storage.

Worldwide, there are 70 different species of mangroves and 26 of them can be found in the study area. The research is the first intensive field study of its kind to confirm the positive effect of biodiversity on mangrove biomass and carbon storage.

Areas with higher levels of precipitation and soil nitrogen content were found to have greater mangrove biomass and carbon storage capacity as well. This indicates that mangrove diversity and carbon storage potential are both influenced by soil fertility and climate factors.

“We can increase mangrove diversity through restoration and conservation projects, especially those that promote local native species.”

Mangrove forests are made up of trees, shrubs and other woody plants growing in the tidal zones of tropical coastlines. This coastal vegetation provides numerous ecological services including water purification, coastal protection, and carbon storage.

“Worldwide, particularly in developing countries such as China, mangroves have been lost or degraded over the last several decades,” said study co-author Professor Xiaoshan. “Restoration of mangrove forests and their habitats are urgently needed not only for preservation of biodiversity but also to increase carbon storage potentials.”

In addition, increasing mangrove species diversity will help to improve the resilience of the ecosystems to disturbances like climate change and extreme weather. As a result,  mangrove forests can continue to serve as specialized habitats that support hundreds of species.

The mangrove species found on Hainan Island ranged from 30-meter tall trees, such as Sonneratia and Bruguerria, to shrubs of only a few meters such as Avicennia marina. The researchers surveyed mangrove biodiversity and carbon storage along the entire coastline of Hainan Island, which contains nearly 20 percent of China’s mangrove forest area.

The study was limited in that it was restricted to a single, isolated island. The experts are currently expanding their research to include the rest of China and other countries with mangrove forests around the world. “This will allow us to test the relationship between plant species diversity and mangrove carbon storage found in this study,” said Dr. Lin.

According to the researchers, their findings highlight the importance of conserving mangrove biodiversity as a nature-based solution to mitigate climate change.