Dogs appear to get jealous over their owner's affection • Earth.com 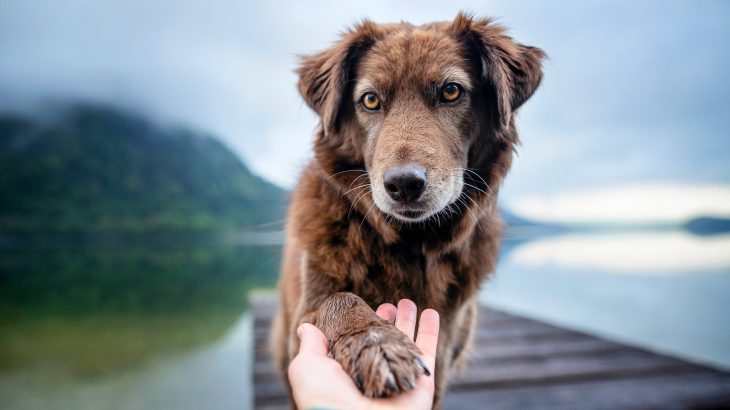 Dogs get jealous at the mere thought of competition for their owner’s affection, according to a new study from the Association for Psychological Science.

Using a very realistic artificial dog, the researchers demonstrated that pet dogs exhibited jealous behaviors when they imagined their owner was interacting with a rival.

In surveys, more than 80 percent of dog owners report that when when they give attention to other dogs, their pets display jealousy through vocalizations, pulling on their leash, or other agitated behaviors.

“Research has supported what many dog owners firmly believe – dogs exhibit jealous behavior when their human companion interacts with a potential rival,” said study lead author Amalia Bastos of the University of Auckland.

“We wanted to study this behavior more fully to determine if dogs could, like humans, mentally represent a situation that evoked jealousy.”

Among humans, jealousy is closely linked with self-awareness. This is one reason that animal cognition scientists, who study the mental capacities of non-human animals, are interested in studying emotions such as jealousy.

Dogs appear to display jealous behaviors similar to how a human child responds when their mother gives affection to another child.

For the investigation, the researchers observed 18 dogs under conditions in which they could imagine a social interaction between their human companion and either a realistic fake dog or a fleece cylinder. The fake dog served as a potential rival for attention, while the fleece cylinder served as a control.

The experiment was designed so that the dogs could observe the artificial dog positioned next to their owner before a barrier was put in place to obscure their view.

When the dogs thought their owners may be petting the artificial dogs, they forcefully pulled on their leash in an attempt to reach the other side of the barrier. The dogs had much less of a response when they observed their owners with a fleece cylinder.

“Previous studies confounded jealous behavior with play, interest, or aggression, because they never tested the dogs’ reactions to the owner and the social rival being present in the same room but not interacting.”

“There is still plenty of work to do to establish the extent of the similarities between the minds of humans and other animals, especially in terms of understanding the nature of nonhuman animals’ emotional experiences.”

According to Bastos, it is too early to say whether dogs experience jealousy as humans do, but it is now clear that they react to jealousy-inducing situations, even when those situations occur out of sight.