Dogs and humans may have hunted together more than 11,000 years ago • Earth.com 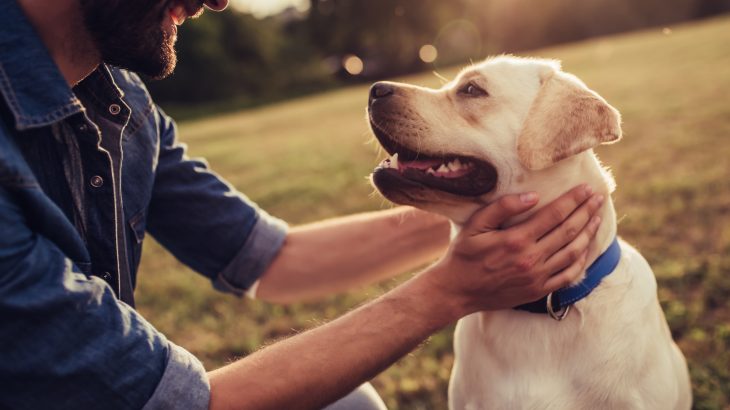 A new study from the University of Copenhagen shows that, in the region that is now northeast Jordan, people began to live alongside dogs as far back as 11,500 years ago. The evidence also suggests that dogs were used for hunting, which would explain the drastic increase of hares and other small prey found at the archaeological dig site at this time.

Although dogs were domesticated by humans as early as 14,000 years ago in the Near East, it has remained unclear whether this happened intentionally. The research indicates that humans valued the tracking and hunting abilities of dogs much earlier than previously realized.

“The study of the large assemblage of animal bones from Shubayqa 6 revealed a large proportion of bones with unmistakable signs of having passed through the digestive tract of another animal; these bones are so large that they cannot have been swallowed by humans, but must have been digested by dogs,” explained study lead author and zooarchaeologist Lisa Yeomans.

The year-round accumulation of bones at the site showed that the dogs were living together with the humans rather than simply visiting the area when it was uninhabited.

“The dogs were not kept at the fringes of the settlement, but must have been closely integrated into all aspects of day-to-day life and allowed to freely roam around the settlement, feeding on discarded bones and defecating in and around the site,” explained Yeomans.

The team noticed a major increase in the number of hares at the same time that dogs appeared at Shubayqa 6.

“The use of dogs for hunting smaller, fast prey such as hares and foxes, perhaps driving them into enclosures, could provide an explanation that is in line with the evidence we have gathered,” said Yeomans. “The long history of dog use, to hunt both small as well as larger prey, in the region is well known, and it would be strange not to consider hunting aided by dogs as a likely explanation for the sudden abundance of smaller prey in the archaeological record.”

“The shift may also be associated with a change in hunting technique from a method, such as netting, that saw an unselective portion of the hare population captured, to a selective method of hunting in which individual animals were targeted. This could have been achieved by dogs.”

The study is published in the Journal of Anthropological Archaeology.