Domestic cats go hunting out of instinct rather than hunger • Earth.com 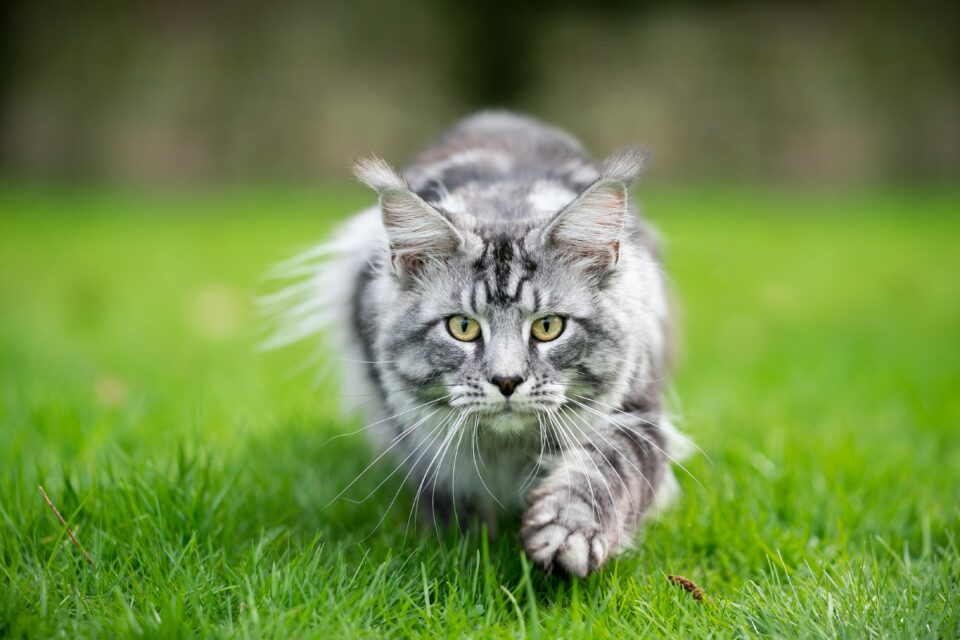 Domestic cats go hunting out of instinct rather than hunger

Domestic cats may be natural hunters, but a new study from the University of Exeter shows that they still get most of their food from people. The results of the study indicate that cats go hunting out of instinct rather than hunger.

“Predation of wildlife by domestic cats Felis catus presents a threat to biodiversity conservation in some ecological contexts,” wrote the study authors.

“The proportions of wild prey captured and eaten by domestic cats and thus the contributions of wild prey to cat diets are hard to quantify. This limits the understanding of any impacts of cats may have on wild animal populations and confounds analyses of the effects of interventions aimed at reducing wildlife killing.”

To investigate what cats had been eating, the researchers used forensic evidence from their whiskers. An analysis of stable isotope ratios revealed that about 96 percent of their diet came from food provided by their owners, while just three or four percent came from eating wild animals.

“When food from owners is available, our study shows that cats rely almost entirely on this for nutrition,” said study lead author Dr. Martina Cecchetti.

“Some owners may worry about restricting hunting because cats need nutrition from wild prey, but in fact it seems even prolific hunters don’t actually eat much of the prey they catch.”

“As predators, some cats may hunt instinctively even if they are not hungry – so-called ‘surplus killing’ – to capture and store prey to eat later.”

The researchers also tested different measures that are used to prevent domestic cats from killing wild prey, including bells, Birdsbesafe collar covers, and meat-rich diets. Susan Morgan is the Chief Executive of Songbird Survival, which funded the research.

“This study reassures owners of cats who hunt that the motive to hunt is instinctive, not driven by nutritional needs,” said Morgan.

“Furthermore, pet owners can help us reverse the shocking decline in songbirds via three simple, ‘win-win’ steps: fit collars with a Birdsbesafe cover; feed cats a premium meaty diet; play with cats for five to ten minutes a day to ‘scratch that itch’ to hunt.”

“In the UK, we’ve lost half our songbirds in 50 years, but we can all help to stem this tide.”