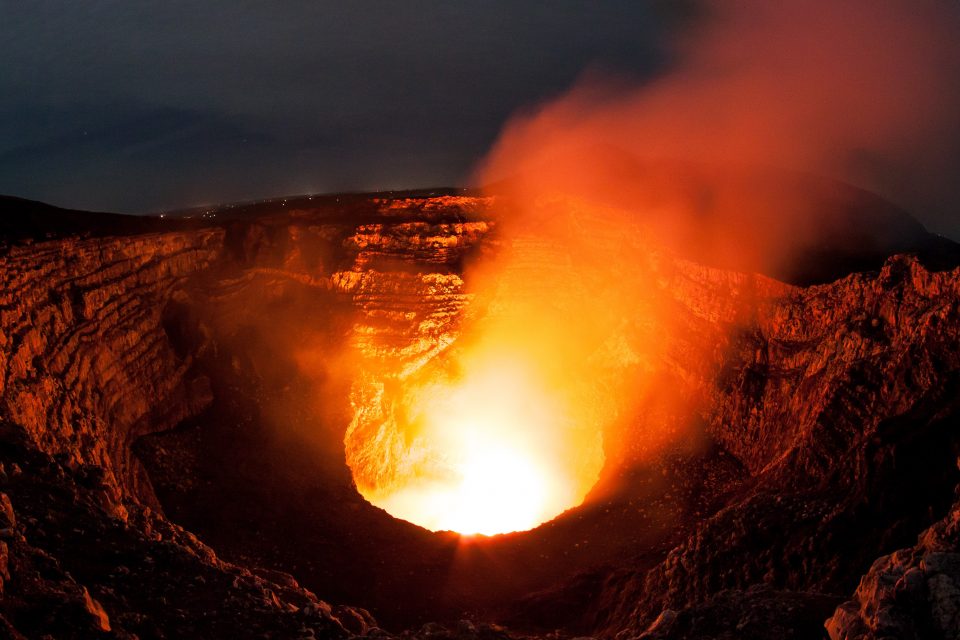 Experts at the German Research Centre for Geosciences (GFZ) have used drone images of active volcanoes to create 3D models with incredible resolution.

Due to the high risk of collapse or explosion, as well as limited accessibility, it is very challenging for scientists to take pictures of active volcanoes.

The GFZ team conducted a series of survey flights at the Santa Maria volcano in Guatemala using drones equipped with optical and thermal imaging cameras.

The survey was focused on the volcano’s lava dome, a mound-shaped projection that is formed from the extrusion of viscous lava.

The researchers found that the lava dome had two types of movements with different time scales: slow expansion and growth of the dome and fast extrusion of viscous lava.

“We have equipped a drone with different cameras,” said study first author Edgar Zorn. “We then flew the drone over the crater at various intervals, measuring the movements of lava flow and a lava dome using a specific type of stereo photography with a precision never seen before.”

“By comparing the data from the drone, we were able to determine the flow velocity, movement patterns and surface temperature of the volcano.”

These particular parameters are needed to assess the hazard risks of explosive volcanoes. The researchers were able to use this data to estimate the flow properties of the lava.

“We have shown that the use of drones can help to completely re-measure even the most dangerous and active volcanoes on Earth from a safe distance,” said Zorn.

The two drone cameras captured both high-resolution photos and thermal imaging of the Santa Maria volcano’s lava dome. The team developed a three-dimensional topography and temperature model with a resolution of only a few centimeters.

“The 3D models of the various flights must be positioned exactly so that they can be compared. This requires painstaking detail work, but the effort is worth it because even minimal movements become immediately visible,” said Zorn.

“In the study, we presented some new possibilities for the representation and measurement of certain ground movements, which could be very useful in future projects.”

“A regular and systematic survey of dangerous volcanoes with drones seems to be almost within one’s grasp,” noted study co-author Thomas Walter.