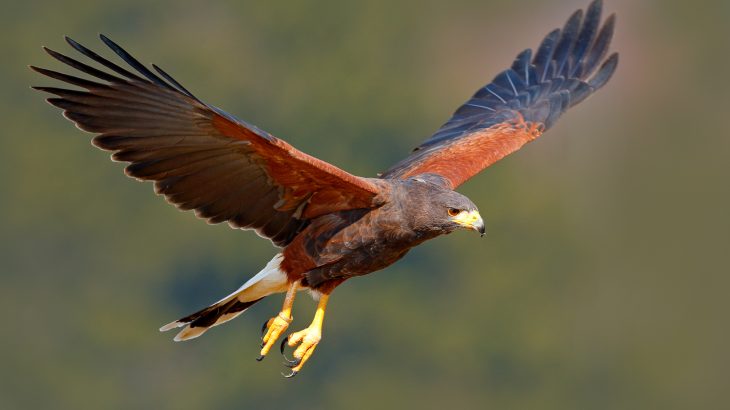 Researchers from the University of Oxford have discovered that when hawks pursue their prey, they utilize a mix of several types of guidance law that could help design drones used for capturing rogue drones in crowded areas.

To come to this theory, published in Nature Communications, Oxford’s Dr. Caroline Brighton and Professor Graham Taylor studied the flight trajectory of five captive Harris’ Hawks with high-speed cameras as they went after an artificial target.

“We filmed our hawks flying after a dummy bunny, which was an artificial target that we towed at speed around a series of pulleys laid out to produce an unpredictable course,” Dr. Brighton said. “Using video reconstruction techniques to measure the 3D trajectory of the hawk and its target, we then ran a computer simulation to see how closely the hawk’s attack behaviour was modelled by different kinds of guidance law.”

This combination of guidance law could be useful for designing drones meant to pursue and capture rogue drones in cluttered areas.

“Last year’s Gatwick incident showed just how far we are from being able to remove rogue drones quickly and safely from a large open space, let alone the cluttered airspace of an urban environment,” Professor Taylor said. “Hawks are masters of close pursuit through clutter, so we think they have a thing or two to teach us about how to design a new kind of drone that can safely chase down another.”