Droughts are harder to predict than previously realized • Earth.com 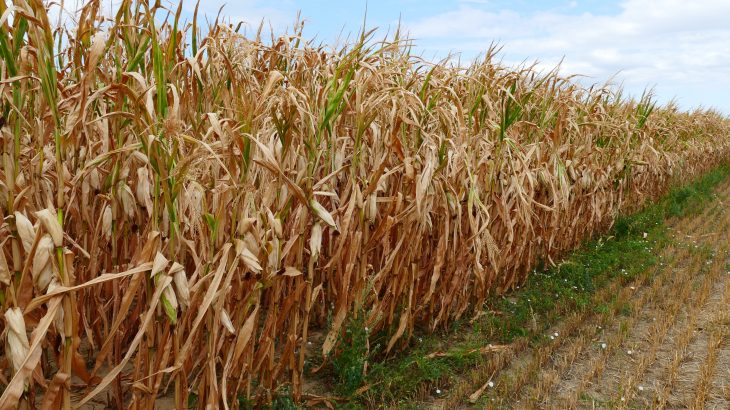 A new study from USC shows that unreliable El Niño cycles make it difficult to predict droughts in the western United States. The researchers found that Earth’s dynamic atmosphere has a much larger influence on dry seasons than sea surface temperatures.

The study findings have implications for water management, agriculture, and urban planning. In recent decades, droughts have caused major crop losses and have claimed many lives.

The western U.S. is expected to experience more frequent droughts as a result of climate change. At the same time, the region is expected to have rapid population growth, so forecasting dry spells is a big priority.

The researchers set out to investigate how droughts develop based on the analysis of data from the last 1,000 years.

Megadroughts, which last longer than a decade, emerged prior to the Industrial Revolution, and even before human expansion on the continent. The most widely accepted explanation is that the El Niño-Southern Oscillation plays a key role in these prolonged droughts.

In the current study, however, the scientists found that this rule of thumb has not always been an accurate indication of dry seasons. While there has been a correlation between La Niña and drought, these ocean conditions were found to account for only about 13 percent of the variability.

“La Niña proved to not be the only game in town,” said Emile-Geay. “La Niña is part of the game, but not the biggest part.”

The scientists examined other factors that influence dry seasons, such as water temperatures in the Atlantic Ocean and volcanic activity. They determined that these factors are not strong indicators of drought events.

Instead, the study shows that droughts originate in the atmosphere, which is extremely dynamic and influenced by more variables than the ocean alone.

“The atmosphere creates a lot of variations in moisture supply on its own, and it can cook up droughts all by itself, without being told what to do by the ocean,” said Emile-Geay.

Carbon emissions will continue to trap heat and warm the surface, and the West will experience increasingly dry conditions as a result, explained the researchers.

“Our study suggests that the atmosphere will continue to add a strongly unpredictable element to moisture conditions in the southwestern United States, on top of drying induced by global warming,” said Emile-Geay.

“That is, the Southwest is headed for a drier future overall but with the atmosphere adding a wildcard that may, at times, make things better or worse for the people and ecosystems that depend on that water.”