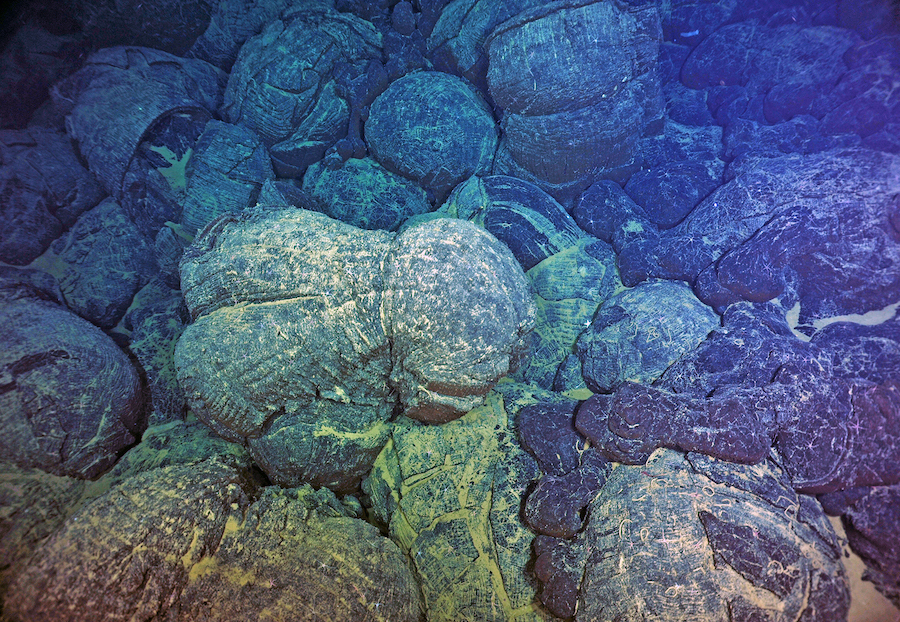 A team of geochemists at the University of California, Berkeley have determined that the transition to complex life forms did not require high levels of oxygen. Simple, single-celled organisms evolved into more elaborate beings hundreds of millions of years before a steep rise in atmospheric oxygen occurred, according to the research.

“The oxygenation of the deep ocean and our interpretation of this as the result of a rise in atmospheric O2 was a pretty late event in the context of Earth history,” said study co-author Daniel Stolper. “This is significant because it provides new evidence that the origination of early animals, which required O2 for their metabolisms, may have gone on in a world with an atmosphere that had relatively low oxygen levels compared to today.”

Scientists believe that during the first two billion years of Earth’s 4.5-billion-year history there was very little oxygen in the atmosphere of the ocean. When rocks on land started turning red around 2.5 billion years ago, this provided evidence that a significant amount of oxygen was in the air, as the iron in the rocks reacted with oxygen to form iron oxides which changed their color.

Scientists estimate that this was the first time that atmospheric oxygen levels exceeded about one hundred thousandth of what they are today, but this amount was still too low to oxygenate the ocean.

For the current study, the experts wanted to identify the point in history when oxygen levels increased enough to oxygenate the deep ocean. They set out to examine the oxidation state of iron in igneous rocks formed by submarine volcanic eruptions, which produce  massive flows of basalt as the molten rock is ejected from ocean ridges.

After an eruption in an oxygenated ocean, seawater circulates through the rocks and oxidizes the iron in basalts. Before the deep oceans contained oxygen, however, there would have been little or no change in the oxidation state of iron in the basalts after underwater volcanic activity.

“Our idea was to study the history of the oxidation state of iron in these basalts and see if we could pinpoint when the iron began to show signs of oxidation and thus when the deep ocean first started to contain appreciable amounts of dissolved O2,” said Stolper.

The team analyzed over 1,000 published measurements of the oxidation state of iron from ancient submarine basalts. They found that the basaltic iron was first significantly oxidized between 540 and 420 million years ago, which is hundreds of millions of years after the evolution of complex life forms.

“This work indicates that an increase in atmospheric O2 to levels sufficient to oxygenate the deep ocean and create a world similar to that seen today was not necessary for the emergence of animals,” said Stolper. “Additionally, the submarine basalt record provides a new, quantitative window into the geochemical state of the deep ocean hundreds of millions to billions of years ago.”