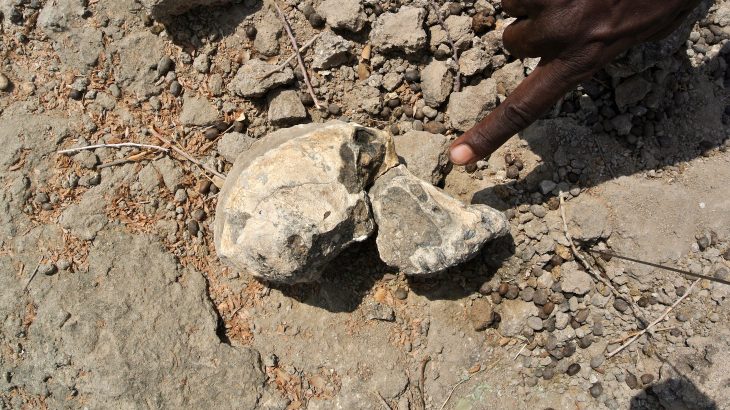 In the years following the discovery, the paleoanthropologists have conducted extensive analyses on the cranium, which is referred to as “MRD.”

“Features of the upper jaw and canine tooth were fundamental in determining that MRD was attributable to A. anamensis,” said Dr. Stephanie Melillo of the Max Planck Institute for Evolutionary Anthropology. “It is good to finally be able to put a face to the name.”

Combined with other fossils from the region, MRD reveals that A. anamensis and A. afarensis co-existed for approximately 100,000 years, which completely contradicts the idea of a linear transition between the two human ancestors.

“This is a game changer in our understanding of human evolution during the Pliocene,” said Dr. Yohannes Haile-Selassie.

“We used to think that A. anamensis gradually turned into A. afarensis over time,” added Dr. Melillo. “We still think that these two species had an ancestor-descendent relationship, but this new discovery suggests that the two species were actually living together in the Afar for quite some time. It changes our understanding of the evolutionary process and brings up new questions – were these animals competing for food or space?”

MRD was uncovered in the sandy deposits of a delta where a river once entered a lake. Fossil plants and pollen grains preserved in the lake and delta sediments indicate that the watershed of the lake was mostly dry but also had forested areas nearby.

“MRD lived near a large lake in a region that was dry. We’re eager to conduct more work in these deposits to understand the environment of the MRD specimen, the relationship to climate change and how it affected human evolution, if at all,” said study co-author Naomi Levin of the University of Michigan.

Australopithecus anamensis is the oldest known member of the genus Australopithecus. The cranium’s nearly-complete state allowed the researchers to view facial features that have never been seen before in the species.

“MRD has a mix of primitive and derived facial and cranial features that I didn’t expect to see on a single individual,” said Dr. Haile-Selassie.

Some of the characteristics resembled later species, but others resembled even older and more primitive human ancestor groups such as Ardipithecus and Sahelanthropus.

“Until now, we had a big gap between the earliest-known human ancestors, which are about 6 million years old, and species like ‘Lucy’, which are two to three million years old. One of the most exciting aspects of this discovery is how it bridges the morphological space between these two groups,” explained Dr. Melillo.