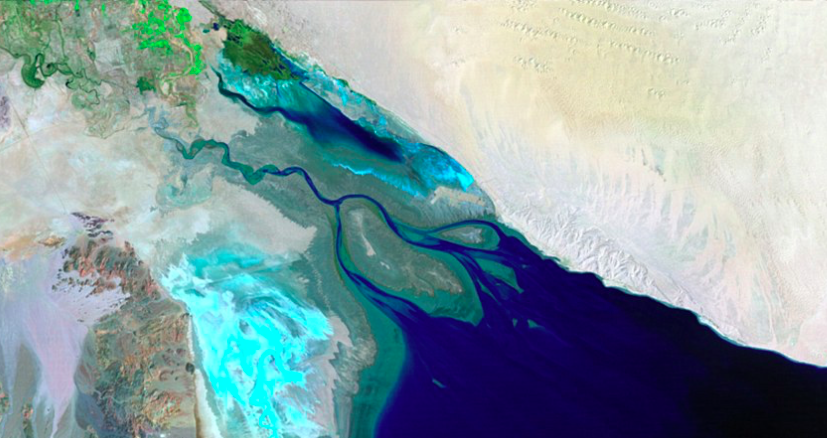 As people age, their faces change. It seems that the same is true of Mother Earth. In a new series of stunning Earth images, NASA is showing us just how much the planet has changed over the past few decades.

NASA claims that some of the changes are due to climate change, while others are due to ever-expanding urbanization. The photos reveal differences caused by natural phenomena such as sweeping floodwaters and destructive fires.

In one set of images, viewers can see the changes that have occurred in New Delhi, India, between 1991 and 2016. Urban expansion there has packed New Delhi’s 16.49 square miles, as India’s capital has grown from 9.4 million to 25 million in the past 25 years.

The images also examine changes in Utah’s Great Salt Lake. Changes in the earth’s surface are expected over time – the current lake is all that remains of Lake Bonneville, a huge body of water that was born during an ice age 30,000 years ago. However, the changes documented in the Great Salt Lake are striking. The lake’s ice cover has shrunk by 70 percent since 1985. This has caused an overall reduction in the lake area, with low water levels becoming the norm.

The Great Salt Lake isn’t the only body of water to be affected by changes that have happened over time. Cloudy skies trapping heat over Greenland have accelerated ice melt there, causing increased amounts of meltwater to run off into the seas. This increases sea levels. Although studies are still ongoing to determine the cause of the ice melt, many experts cite climate change as the trigger.

The NASA images also examined the flux and flow of bodies of water elsewhere in the world. Bolivia’s Lake Poopó dried up, while the Ganges River in India topped its banks and caused catastrophic flooding.

No matter the cause of these changes, NASA’s before and after images of growing centers, rising waters, decreasing ice, and dried up lakes are shocking and fascinating.