The Earth-Life system was revolutionized 170 million years ago in the ocean • Earth.com 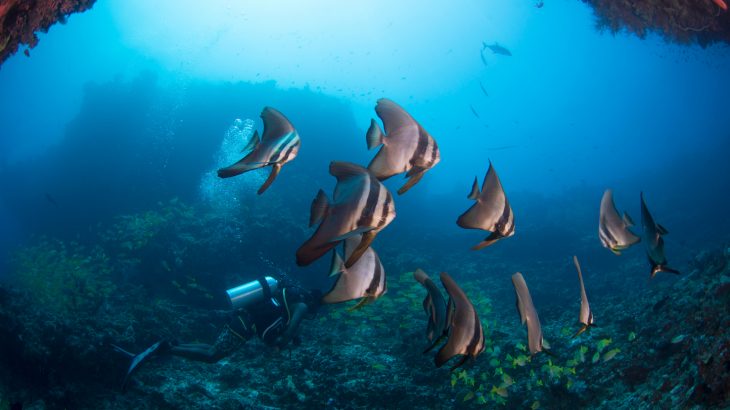 According to new research led by the University of Plymouth, the ocean experienced a global shift around 170 million years ago when predator-prey relationships took control of the fate of the food web. Until that point, the success of marine organisms had been strongly controlled by non-biological factors, such as climate and ocean chemistry.

The study authors explained that this transformation coincided with the burgeoning of calcium carbonate-secreting plankton and the deposits they distributed across the seabed. The plankton likely stabilized the chemical composition of the ocean, which provided the right conditions for marine life to diversify on a massive scale.

“Today, huge areas of the ocean floor are covered with the equivalent of chalk, made up of microscopic organisms that rose to dominance in the middle of the Jurassic period,” explained study lead author Kilian Eichenseer. “The chalky mass helps to balance out the acidity of the ocean and, with that balance in place, organisms are less at the mercy of short-term perturbations of ocean chemistry than they might have been previously. It is easier to secrete a shell, regardless of its mineralogy, if the ocean chemistry is stable.”

In the 540 million years since multicellular life first appeared, the influence of both the biological and non-biological environment has driven its evolution. How and when the balance between these factors changed, however, has been a mystery.

The researchers set out to test the theory that the evolutionary importance of the non-biological environment declined over time. They based their analysis on the minerals that make up calcified seashells, aragonite and calcite, which also form non-biologically in the ocean.

The study revealed that up until the middle of the Jurassic period, around 170 million years ago, the ecological success of shell-secreting marine organisms was strongly tied to their shell composition. In other words, organisms that secreted the mineral that was environmentally favored had an evolutionary advantage.

The rise of calcifying plankton, however, expanded the production of calcium carbonate across the entire ocean and revolutionized the Earth-Life system.

“During the Earth’s history there have been several major events that shaped the evolution of life on our planet, such as the five big mass extinctions or the radiation of complex animals during the ‘Cambrian Explosion,'” explained study co-author Dr. Uwe Balthasar.

“Our research identifies a previously overlooked event of this magnitude around 170 million years ago when the emergence of calcium carbonate-secreting plankton lifted constraints on the evolution of other marine organisms that we did not know existed. As a result, life in the ocean has diversified to levels far beyond what existed before.”