Why Earth wobbles as it spins on its axis • Earth.com 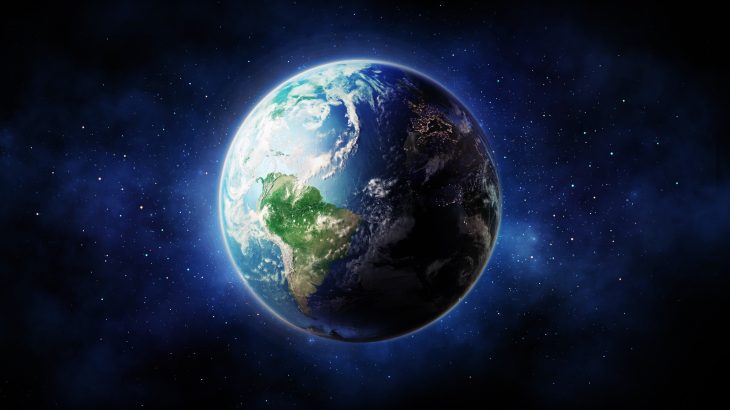 Why Earth wobbles as it spins on its axis

Earth’s spin axis, an imaginary line that runs through the North and South Poles, shifts a little bit each year. For the first time, NASA scientists have identified three processes that are contributing to this “polar motion.”

During the 20th century, the spin axis drifted about four inches each year, totaling more than 11 yards over the course of the century.

The NASA team analyzed observational and model-based data, and determined that glacial rebound, mantle convection, and contemporary mass loss were all responsible for the polar motion of the 20th century.

“The traditional explanation is that one process, glacial rebound, is responsible for this motion of Earth’s spin axis. But recently, many researchers have speculated that other processes could have potentially large effects on it as well,” said Adhikari.

“We assembled models for a suite of processes that are thought to be important for driving the motion of the spin axis. We identified not one but three sets of processes that are crucial – and melting of the global cryosphere (especially Greenland) over the course of the 20th century is one of them.”

Glacial rebound refers to a shift in the Earth’s surface as heavy glaciers lose mass and less pressure is placed on the underlying depressions. The land begins to return to the state it was in prior to the last ice age.

While researchers have previously identified glacial rebound as the primary cause of the drifting spin axis, the NASA scientists have found that glacial rebound is only responsible for about a third of the polar drift in the 20th century.

The redistribution of our planet’s mass, such as changes to ice sheets, land, or mantle flow, has its own influence on Earth’s rotation. Temperatures rose throughout the 20th century, which reduced ice mass in Greenland.

During this time period, about 7,500 gigatons of Greenland’s ice melted into the ocean. The experts say that Greenland’s location makes it a more significant contributor to polar motion.

“There is a geometrical effect that if you have a mass that is 45 degrees from the North Pole – which Greenland is — or from the South Pole (like Patagonian glaciers), it will have a bigger impact on shifting Earth’s spin axis than a mass that is right near the Pole,” said study co-author Eric Ivins.

Mantle convection is the third contributor to polar motion, according to the study. This process is the slow movement of material in the mantle caused by heat from Earth’s core.

An interactive simulation of how these three natural processes contribute to Earth’s wobbling spin axis is available here: https://vesl.jpl.nasa.gov/sea-level/polar-motion/.