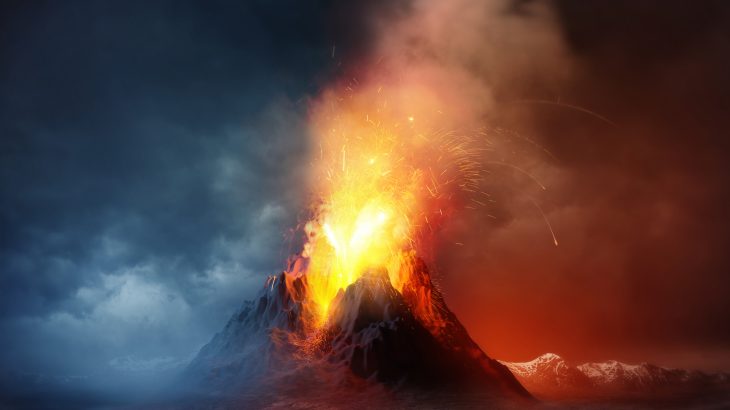 The Earth’s deadliest mass extinction was caused by global warming

Approximately 187 million years before dinosaurs were wiped out, the largest mass extinction in the history of the planet took place. Researchers at the University of Washington and Stanford University may have just solved the mystery of what caused the “Great Dying.” Their study reveals that the mass extinction was triggered by global warming, which left marine animals unable to breathe.

Also known as the Permian extinction, the event killed off 96 percent of all plants and animals. Ancient fossils from the seafloor show a thriving and diverse marine ecosystem, followed by a layer of corpses.

Prior to this study, scientists had long debated what exactly caused the oceans to become so toxic. Experts theorized that the inhospitable conditions may have resulted from the high acidity of the water, metal and sulfide poisoning, a complete lack of oxygen, or simply higher temperatures.

For the current investigation, the researchers combined models of ocean conditions and animal metabolism with published lab data and paleoceanographic records. They determined that the metabolism of the animals sped up as the temperatures rose, and the warmer waters could not hold enough oxygen for them to survive.

“This is the first time that we have made a mechanistic prediction about what caused the extinction that can be directly tested with the fossil record, which then allows us to make predictions about the causes of extinction in the future,” said study first author Justin Penn.

The global warming experienced during the Great Dying was initiated by a series of massive volcanic eruptions in Siberia. When the researchers ran a climate model based on the conditions of the Earth during the Permian, they determined that the oceans had temperatures and oxygen levels similar to those found on our planet today.

“Under a business-as-usual emissions scenarios, by 2100 warming in the upper ocean will have approached 20 percent of warming in the late Permian, and by the year 2300 it will reach between 35 and 50 percent,” said Penn. “This study highlights the potential for a mass extinction arising from a similar mechanism under anthropogenic climate change.”