Earth’s oceans will get more blue and green by the end of the century • Earth.com 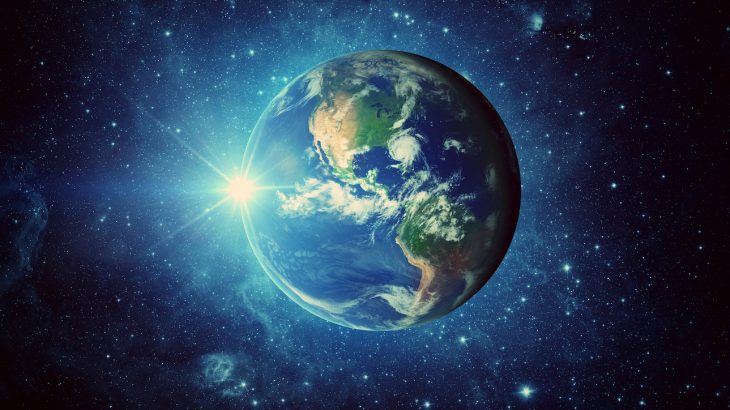 Researchers at the Massachusetts Institute of Technology (MIT) are reporting that the color of the ocean will shift in the coming decades as climate change has an increasing effect on the world’s phytoplankton. Both blue and green regions will be intensified, and satellite detection of these differences will provide early warning of large-scale changes to marine ecosystems.

The researchers have developed a global model that simulates the growth and interaction of different species of phytoplankton. The model also predicts how the mix of species will change in specific locations as temperatures rise.

By simulating the way that phytoplankton absorb and reflect light, the experts were able to determine how the ocean’s colors will change. The team ran the model through the end of the 21st century and found that more than 50 percent of the world’s oceans will shift in color by the end of this century.

Blue ocean regions, such as those in the subtropics, will become even more blue. This will reflect the presence of less phytoplankton and less marine life in general. Some of the greener ocean regions, including those near the poles, will turn even deeper green as larger blooms of more diverse phytoplankton emerge.

“The model suggests the changes won’t appear huge to the naked eye, and the ocean will still look like it has blue regions in the subtropics and greener regions near the equator and poles,” said study lead author Stephanie Dutkiewicz. “That basic pattern will still be there. But it’ll be enough different that it will affect the rest of the food web that phytoplankton supports.”

Satellites have taken continuous measurements of the ocean’s color since the 1990s, and these measurements are used to derive the amount of chlorophyll and phytoplankton in a given ocean region. According to Dutkiewicz, however, chlorophyll does not necessarily reflect the sensitive signal of climate change. Significant shifts in chlorophyll could be caused by global warming, but they could also be due to natural variability.

“Chlorophyll is changing, but you can’t really see it because of its incredible natural variability,” said Dutkiewicz. “But you can see a significant, climate-related shift in some of these wavebands, in the signal being sent out to the satellites. So that’s where we should be looking in satellite measurements, for a real signal of change.”

The model shows that climate change is already altering the makeup of phytoplankton and the color of the oceans. By the end of the century, our blue planet may appear visibly changed.

“There will be a noticeable difference in the color of 50 percent of the ocean by the end of the 21st century,” said Dutkiewicz. “It could be potentially quite serious. Different types of phytoplankton absorb light differently, and if climate change shifts one community of phytoplankton to another, that will also change the types of food webs they can support.”