Eating later in the day could be linked to obesity • Earth.com 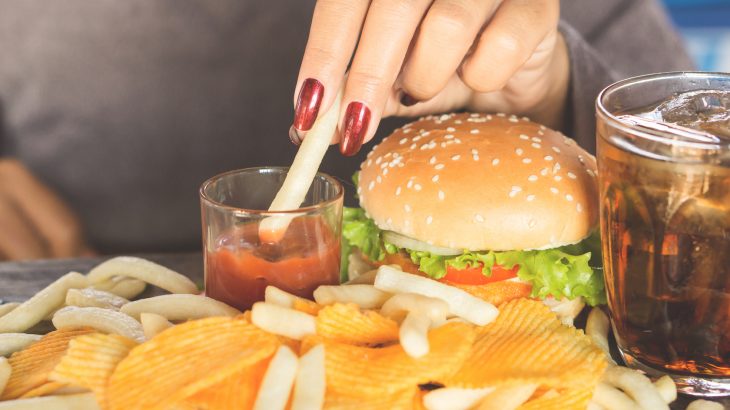 Eating later in the day could be linked to obesity

According to a new study by researchers from the University of Colorado, Denver, eating later in the day may be associated with obesity.

Lead author Adnin Zaman, M.D., from the University, said that previous studies have linked eating and sleeping at later times in the day with obesity.

“However,” she said, “few studies have assessed both meal and sleep timing in adults with obesity, and it is not clear whether eating later in the day is associated with shorter sleep duration or higher body fat.”

Zaman and her team used three different technologies to record participant sleep, physical activity, and eating habits in an effort to identify who is at a greater risk of obesity and/or increased weight gain.

The 31 obese participants, averagely aged 36, with 90% of them being women, wore both an activPAL and an Actiwatch device. The activPAL measured their physical and sedentary activity whereas the Actiwatch measured sleep and wake patterns. Participants also logged photos and time stamps of their meals and snacks with an app called MealLogger.

Zaman and her colleagues found that, on average, participants consumed food during an 11-hour timeframe during the day and slept for about 7 hours each night. Those who ate later, slept later, however, they still slept for about 7 hours. Although, these later meal times correlated with higher body mass indexes and greater body fat.

“We used a novel set of methods to show that individuals with overweight or obesity may be eating later into the day,” Zaman said. “These findings support our overall study, which will look at whether restricting the eating window to earlier on in the day will lower obesity risk.”

She continued, “Given that wearable activity monitors and smartphones are now ubiquitous in our modern society, it may soon be possible to consider the timing of behaviors across 24 hours in how we approach the prevention and treatment of obesity.”